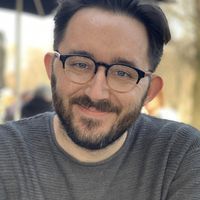 For animal rights advocates, the term "animal abuse" refers to any use or treatment of animals that seems unnecessarily cruel, regardless of whether the act is against the law. In this light, both "cruelty" and "abuse" describe any behavior that leads to animal suffering, from "deliberate harm or misuse of animals" to unintentional neglect.

For others, the distinction between "animal abuse" and "animal cruelty" depends on the abuser's intent and their view of their own actions. Veterinarian and animal rights activist Catherine Tiplady says abuse "has been defined as misuse or maltreatment" while cruelty has been described "as indifference or pleasure in another's pain."

While both terms are often used interchangeably, "animal cruelty" is also a legal term that describes acts of abuse that are against the law. Each of the 50 states protects animals to some degree through state laws known as "animal anti-cruelty statutes," but what is allowed and what is prosecuted differs from state to state.

The term "animal abuse" may be used to describe violent or neglectful actions against all kinds of animals, including pets, livestock, and wildlife, but from a legal perspective, an animal's relationship to humans also matters. Wildlife or pets will likely have more legal protections than farmed animals under many state laws. If cats, dogs, or mountain lions were mistreated in the same way that many cows, pigs, and chickens on factory farms are, the perpetrators would likely be convicted of animal cruelty.

Animal advocates consider factory farming practices like debeaking, the use of veal crates, or tail docking to be animal abuse, but these practices are exempt from many state anti-cruelty statutes. They're allowed because they're considered to be a part of standard husbandry practices.

Many animal rights activists oppose not only animal abuse and animal cruelty, but any use of animals by humans. This can include animals displayed for entertainment or used for recreation in addition to those raised to be food. For many animal rights activists, the issue is not about abuse or cruelty; it's about domination and oppression, about using animals for any human need no matter how well the animals are treated, no matter how big the cages are, and no matter how much anesthesia they are given before painful procedures.

The legal definition of "animal cruelty" varies from state to state, as do the penalties and punishments. Most states have exemptions for wildlife, animals in laboratories, and common agricultural practices, such as debeaking or castration. Some states exempt rodeos, zoos, circuses, and pest control. Others may have separate laws banning practices like cockfighting, dogfighting, or horse slaughter.

If someone is found guilty of animal cruelty, most state animal anti-cruelty statutes provide some instruction as far as animal seizure and cost of care reimbursement. Some allow counseling or community service as part of the sentencing, and about half have felony penalties.

In 2019, Congress passed the Preventing Animal Cruelty and Torture (PACT) Act, a federal anti-cruelty bill allowing federal law enforcement and prosecutors to go after those who commit acts of animal cruelty within federal jurisdiction with felony charges. Violators of the PACT Act could face a fine, a prison term of up to seven years, or both.

In addition, the FBI tracks and collects information about acts of animal cruelty from participating law enforcement agencies across the country. These can include neglect, torture, organized abuse and even sexual abuse of animals. The FBI used to include acts of animal cruelty into an "all other offenses" category, which did not give much insight into the nature and frequency of such acts.

The FBI's motivation for tracking acts of animal cruelty stems from the belief that many who practice such behavior may also be abusing children or other people. Many high-profile serial killers began their violent acts by harming or killing animals, according to law enforcement.