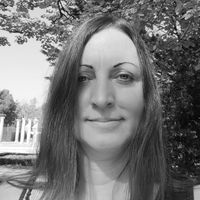 Autumn Spanne
Writer
Autumn is an independent journalist and educator who writes about climate, biodiversity, and sustainability, as well as environmental health, justice, and policy.
our editorial process
Autumn Spanne
Fact checked by

Some 252 million years ago, the Earth suffered the largest, single most destructive ecological event in its history: the Permian-Triassic extinction, also known as the Great Dying. This mass extinction obliterated more than 90% of marine species and 70% of terrestrial species. What could have caused such a cataclysmic episode?

The Permian period began 299 million years ago at the end of the Paleozoic Era. A collision of continents had created one single supercontinent, Pangea, that extended from pole to pole. The enormous size of Pangea caused extreme climatic conditions. The interior of this vast continent, now far from coasts and the precipitation generated by large bodies of water, was made up of huge deserts.

The fossil record shows that life on Earth underwent dramatic shifts during the Permian, when these climatic conditions created new pressures and challenges for many species. Amphibians, which had dominated the previous period and included massive creatures like the carnivorous, 6-foot-long Eryops, began to decline as their swampy wetland habitats dried up and gave way to temperate forests. While flowering plants had not yet evolved, conifers, ferns, horsetails, and ginkgo trees flourished, and terrestrial herbivores evolved to exploit new plant diversity.

Reptile species, better able than amphibians to adapt to dry conditions, diversified and began to thrive on land and in water. Insect diversity exploded and the first insects to undergo metamorphosis emerged. The ocean, too, was full of life. Coral reefs proliferated, along with a plethora of marine flora and fauna. The period also gave rise to a group of mammal-like reptiles, the therapsids.

How did this dynamic period end in such a thorough obliteration of most life forms on Earth? Mounting evidence suggests that dramatic increases in ocean temperatures — a rise of about 51 degrees F — along with severely reduced oxygen levels led to the majority of the recorded marine extinctions. Marine species need more oxygen as temperatures rise, so the combination of much warmer temperatures and falling levels of dissolved oxygen in the water sealed their fate.

But what caused those changes in temperature and oxygen to begin with? Scientists have zeroed in on a series of massive eruptions in a large region of volcanic rock called the Siberian Traps as the most likely culprit. These eruptions lasted more than a million years, releasing enormous amounts of greenhouse gases into the atmosphere.

The eruptions are thought to have led to not only rapid global warming and oxygen depletion, but ocean acidification and acid rain. In a powerful feedback loop, ocean temperature increases also caused methane releases, intensifying the warming effect. These environmental stresses, particularly on marine life, were immense and inescapable for most species.

Scientists have also documented large spikes in mercury levels during the Permian period that are thought to be related to the volcanic eruptions. This, too, would have had profound impacts on both terrestrial and marine life.

Whether the extinction of land and marine species occurred simultaneously remains a matter of scientific debate, however. Recent research published in the journal Science presents evidence that the land extinction may have started 300,000 years before the extinction event that nearly wiped out all life in the ocean, raising questions about whether additional factors, including a possible diminishing of the earth’s ozone layer, might have played a role in the terrestrial extinction.

How Did Life Recover?

At the start of the Triassic period that followed the Great Dying, the planet was hot and largely lifeless. Millions of years would pass before it returned to pre-extinction levels of biodiversity as surviving species like Lystrosaurus filled newly-created ecological niches and evolved. The Permian extinction may also have facilitated empty niches that allowed for the rise of the first dinosaurs several million years later. Life on Earth would be forever transformed.

The Permian extinction provides insights that may help us understand the drivers and impacts of our current biodiversity decline, known as the sixth mass extinction. Human-caused global warming is provoking enormous changes in the natural world. The Permian-Triassic extinction is both a cautionary tale and one that offers a measure of hope: When faced with extreme adversity, life innovates, finding ways to not only persist but to thrive. But it might take a few million years.