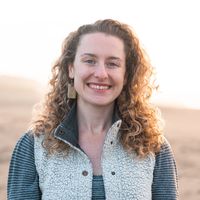 Wetlands like freshwater ponds, swamps, and marshes are excellent natural water purifiers. They are also uniquely equipped to improve water clarity and quality through the removal of kicked-up sediments, toxins, and pollutants. Freshwater wetlands also provide habitat for 20-40% of the world's flora and fauna.

However, the amount of freshwater wetlands around the world is rapidly declining. Recognizing the special capabilities of the world's natural wetlands, people have worked to construct new wetlands where their unique qualities are needed.

The Benefits of Constructed Wetlands

To ensure proper functionality, wetlands constructed for wastewater treatment purposes are designed to be manually adjusted. The management of wetlands constructed for use in wastewater treatment typically involves manual adjustments to the amount of water in the system to ensure the wetlands achieve the proper characteristics for breaking down and removing unwanted substances from the water.

Wetlands also naturally accumulate sediment. The texture created by wetland plants slows down water flows, allowing kicked-up sediment time to fall out of the water like snow in a snow globe. By slowing down the flow of water, wetlands can also collect pollutants. By placing constructed wetlands near known sources of pollutants, like near farmlands where pesticides often end up in rainwater runoff, constructed wetlands can help prevent pollutants from spreading across entire ecosystems.

Constructed wetlands also provide habitat for a variety of plants and wildlife. While these built wetlands do not provide habitat that's quite as high-quality as natural wetlands, they can still greatly benefit wildlife.

How Are Constructed Wetlands Built?

Constructed wetlands for use in water treatment generally fall into one of two categories: subsurface flow systems and free water surface systems.

Constructed wetlands designed as subsurface flow systems are used to keep the water being treated below the water's surface. The design is meant to prevent the development of unwanted odors and other nuisances.

There are two forms of subsurface flow systems: horizontal and vertical.

Constructed wetlands that use horizontal subsurface flow typically have beds made of gravel or rock sealed with an impermeable layer. Vegetation is planted among the rock. The freshwater source is placed above the water's outflow location, causing the water to flow below the surface. As the water flows horizontally from inlet to outlet on the floor of the constructed wetland, microbial and chemical processes degrade and remove contaminants from the water.

Today, some places use constructed wetlands with a hybridized design that uses elements of both horizontal and vertical subsurface flow systems. Such hybrid designs are particularly useful in removing ammonia and total nitrogen from the inflowing water. In addition to being applied to sewage, hybrid systems have been built to purify water coming out of aquaculture facilities, wineries, and compost facilities.

Most free water surface constructed wetlands are designed to be marsh ecosystems, but occasionally swamps and bogs are created, too. These constructed wetlands are usually shallow and have a sealed basin or series of basins. A submerged soil layer allows plants to root. Most of the wetland surface is usually covered in vegetation, which aids in the filtration of pollutants. Free water surface systems are not as effective at removing phosphorus from wastewater as subsurface flow systems. However, free water surface flow systems can be designed to have a variety of depths to improve nitrogen removal and to generate higher-quality wildlife habitat.