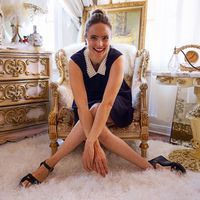 For a whopping 100 years, White Castle has remained an American fast-food staple. Known for its bite-sized burgers called Sliders, White Castle introduced the Veggie Slider back in 2014 and continues to make strides with vegan-friendly options. In 2015, the company announced their buns were vegan-friendly, and in 2018 White Castle became the first fast-food chain to put Impossible Burgers on Sliders across the country.

If you’re craving vegan grub on the go, we’ll help you order up a White Castle vegan burger in no time flat.

Check out our favorite orders to make your next trip to White Castle a vegan dream.

Make your Impossible Slider vegan by simply removing the cheese (or swapping it for vegan cheese, if they offer it at your location). Top your Slider with onion and pickle slices, just like all of White Castle’s Sliders.

If you want to get fancy, add tomato and lettuce, then top it off with your vegan sauce of choice: ketchup, mustard (yellow, Dusselford, and Horseradish), Smoky BBQ Sauce, or Everything Sauce (available at select locations).

Made with Dr. Praeger’s Veggie Patty, order yours plain (no topping), then add ketchup and mustard or order a vegan sauce on the side to dip your Slider. Pile on the lettuce, tomato, pickle and onions for more veggie goodness.

Nothing accompanies a vegan burger better than a fried side, but when you’re at White Castle, pass on the Onion Chips as they contain egg and dairy. Opt instead for White Castle’s crinkle-cut French fries and classic Onion Rings (in all locations outside of New York and New Jersey).

For a fairly small menu size, having not one but two vegan slider options is pretty darn cool.

The following sides at White Castle contain no animal products; however, the chain's website notes that all their fried sides are prepared in common areas and/or on shared equipment with non-vegan food, so cross-contamination is possible.

When it comes to vegan breakfast options at burger joints, White Castle leads the charge. You can get yourself a complete vegan morning meal.

Since the White Castle Sliders are served pretty clean, you can gussy yours up with their selection of vegan-friendly condiments and dipping sauces.

Hot or cold, White Castle has an array of vegan-friendly drink selections.