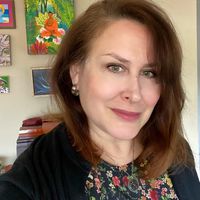 Panda Express epitomizes everything customers like about Chinese-American food with its “something for everyone” menu. However, “everyone” did not include vegans until a few years ago, when individual vegans and vegan-focused organizations teamed up to put the Panda under pressure to find new avenues of vegan options. Management responded, and it appears Panda Express is now on a plant-based path.

Eggplant Tofu was its first entirely vegan entrée, and other vegan-friendly options at Panda Express followed, including the Super Greens mixed vegetables and Chow Mein. The chain’s partnership with Beyond Meat followed; they launched a plant-based version of their popular orange chicken in select locations.

Here, we detail all things vegan at Panda Express, including our favorite menu items.

While the plant-based items contain no animal products or byproducts, all items at Panda Express are cooked and prepped in the same shared facilities and equipment in store. Ask the management at your local store if it is possible to keep the preparation of plant-based selections separate from non-vegan foods.

These three favorite menu items are substantial and pack plenty of flavor.

Beyond the Original Orange Chicken

Think of it as the original only better. Beyond Meat delivers the crunch, the juiciness, and the texture with no trace of animal-based content.

Lightly browned tofu and eggplant constitute the heart of this satisfying dish while red bell peppers add light, crunchy contrast, and a sweet and spicy sauce offers a touch of heat.

Nobody can go wrong with this timeless mix of cabbage, celery, carrots, green onions and Chinese noodles wrapped in a crispy wonton wrapper.

Hopefully, the success of these recently added mains will lead to the introduction of more delicious plant-based selections.

Though not necessarily a meal in themselves, these sides nicely complement the mains or can be upgraded when combined with one another. We recommend simply mixing the Super Greens with the rice or noodle dishes, then swirling in a sauce or two.

Try a plant-based combo, including the Beyond the Original Orange Chicken and Eggplant Tofu, with a choice of plain or brown rice or chow mein (or a little of each) and a vegetable spring roll. You can also swap the spring roll for Super Greens and add a mix of sauces.

Think of these tasty vegan sauces as paints to add additional color and flair to the basic dishes and sides.

Wash the spice and heat in your meal down with one of the many cool classics avaiable.

There isn't much in the name of vegan sweets at Panda Express, but you do have the reliable fortune cookie to enjoy.