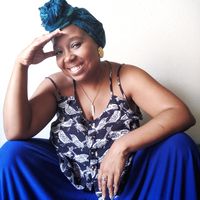 Elizabeth MacLennan is a fact checker and expert on climate change.
Learn about our fact checking process
Culture

Acetate is a substance in many common items, some of which you may use every day. Acetate fabric, in particular, was grouped with rayon until the 1950s, when the two were required to be labeled as separate because of rayon's resistance to heat—a characteristic acetate doesn't possess. These days, acetate can be found in the lining of wedding dresses, in sunglasses, upholstery, umbrellas, and even cigarette filters. You may be wondering: What is this material that can be used so diversely across multiple industries?

Acetate, or cellulose acetate (CA), is a thermoplastic. Thermoplastics are materials that soften when heated and return to a hardened state when cooled. It is this characteristic that gives the bio-based substance its easy-to-process reputation.

Acetate fibers are formed in a process similar to that of elastane. The fibers are produced from an acetone solution using dry spinning. The solution is first filtered and then sent through a spinneret, which creates yarn filaments. These can then be woven into fabric. Instead of yarn filaments, sheets of acetate can be made. Other plastic type materials can then be molded or cut from the acetate.

The Pros of Acetate

Observations of the long-term use of acetate demonstrate its advantages, the biggest of which is its cost effectiveness. The abundance of cellulose makes acetate inexpensive to make. In other industries, it is being looked at as a useful absorbent material for chemical spills. Yet, those aren't the only advantages that cellulose acetate presents.

As a fabric, CA is soft and known as the "silk" of synthetic fibers. It can act as a substitute for wool and is often added to such fibers to reduce shrinkage. It also keeps fabrics from wrinkling as much. Acetate is particularly sensitive to heat and is best hand-washed and line dried; this aids in keeping energy usage down.

There was a time when the flammability of sunglasses was a problem. With the switch from the more flammable cellulose nitrate to cellulose acetate, this problem resolved itself. Acetate glasses have shown themselves to be much safer. This result also extends itself to acetate's use in film used by photographers and filmmakers.

A significant environmental win—CA is considered biodegradable. One study shows a cup made from acetate plastic degraded more than 70% in a sewage-like environment within 18 months. In water, it lost about 60% of its weight. The authors predicted that, in a compost environment, it would degrade much faster. Acetate doesn't degrade as quickly in sunlight, but the addition of titanium dioxide—a chemical additive use to whiten objects—would greatly increase degradation. So, while some studies don't think it degrades fast enough to be called "biodegradable," 18 months to 10 years is better than the hundreds to thousands of years it takes other plastics to degrade.

The Cons of Acetate

In terms of usage and cost, acetate has proven particularly practical. However, while stronger than many natural fibers, cellulose acetate is not known to be durable. It is also unstable in high heat and prone to melting. To top off the cons list, the problems with acetate are not only from the substance itself but in the things it brings with it in the production of certain items. For instance, when used outside of the textile industry, it is known to be mixed with toxins.

To increase its strength and stability, plasticizers are often added to acetate. This makes the resulting material more useful for manufacturing items other than fabric. This practice also increases its melting point to the detriment of its non-toxicity. Plasticizers are generally petroleum-derived and a known environmental hazard. Phthalates are the most common plasticizers used in combination with cellulose acetate and have been reported as an abundant man-made pollutant. The toxicity of Phthalates in animals has been well documented, and the amount of research showing their toxicity to humans is mounting. Especially when it comes to reproductive health.

Cellulose acetate is not listed as a hazardous chemical. It can, however, cause harm if inhaled as it is a respiratory irritant. It may also irritate the skin and eyes. Since it often starts as flakes or a powder, it's important that workers who are exposed to the substance work in an adequately ventilated area with proper personal protection equipment (PPE) such as gloves and goggles. Knowing that sustainable items were produced in a factory that is cognizant of workers health is essential.

Even though it's derived from a natural resource, cellulose acetate is still man-made and therefore a semi-synthetic material, which means it still contribute to the problem of microplastics. CA finds its way to the ocean via sewage and cigarette butts, and accounts for a large portion of plastic particles found in marine environments. Cellulose acetate was found to be one of seven materials that accounted for over half of the microplastics found in the arctic. With the growing problem of microplastics in the ocean, this is something that should be considered.

While products made from cellulose acetate are not the most environmentally sustainable products, they are certainly better than those made from petroleum-based plastic. Whether as fabric or film, the basic properties of this material (both good and bad) stay the same. When compared to more natural materials, such as cotton or hemp for clothing or bamboo and wood for sunglasses, acetate-based products aren't as sustainable. However, when comparing it to fossil fuel-based substances, it is definitely the lesser of two evils.