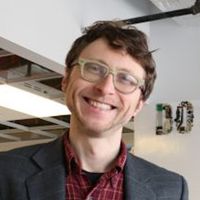 Alex Pasternack
Writer
Alex Pasternack is a former writer for Treehugger. His work has appeared in Time, the New York Observer, Foreign Policy, Architectural Record, The Guardian, New York Magazine, Slate, and others.
Learn about our editorial process
Science

Keep Your Cell Phone Longer, Save the Planet (and Other Things You Should Know About The Device Of Our Lives)

In the space of a decade, cell phones have gone from novelties to arguably the most central objects in our lives. They connect us to our loved ones, enable busineses, help us behave more intelligently, and give citizens a viral voice -- especially important in countries where phones are the only real means people have to spread information.

And yet, despite how close we are to our cell phones -- paying a small fortune for them, nesting them in our palms, talking to them all the time -- we know amazingly little about them and the heavy impact they're having on our world. In the spirit of thinking more carefully about how these devices impact lives around the world -- and our own -- and in the interest of reducing, reusing and repairing -- here's a dive into a trove of data on cell phones.

How Many Cell Phones Do We Have?

There are nearly two cell phones in existence for every three people on earth. Despite the slowdown in production caused by the economic downturn, cellphones still have a high turnover rate: We tend to use a phone for only about 18 months, or a staggering 12 months in the U.S. -- long before the five year lifespan the devices have on average.

3.5 billion: cellphones in use worldwide, or about half the global population.

4.1 billion: mobile phone subscriptions (some people have multiple network subscriptions). That's about 3.5 times the number of PCs in use around the world

China is the world leader in cellphone ownership, with 695.2 million phones, followed by India at 441.7 million, and the United States at 271 million. (World Factbook)

22.4 million: number of users in the U.S. who now access the mobile Web to retrieve news and information -- double the number a year ago (comScore)

1 trillion: dollars in revenue reached by the global mobile telecom industry in 2008 -- roughly twice the size of both the global advertising and computer software industries.

47%: percentage of US teens who say their social life would end or be worsened without their cell phone

57%: teens who credit their mobile device with improving their life. Second only to clothing, teens say, a person's cell phone tells the most about their social status or popularity, outranking jewelry, watches and shoes

How Many Cell Phones Do We Use?

Consider for a moment how many cellphones are sitting in your closet or desk drawer -- or how many you've tossed, even if they work just fine. Here's how many we have, and how we tend to use them:

Cell phones owned: About 8 in 10 consumers in the U.S. own a cell phone they currently use.

Cell phones in storage: 2 in 10 consumers had cell phones which weren't being used.

Why do we get rid of our cell phones? About one-third wanted new features • One-fifth just wanted something new • About one-fifth changed carriers or service plans • About one-fifth did so because their battery couldn't hold a charge (to address that, see "Keep Your Cell Phone" below)
(Source: Consumer Reports)

Impact of How We Dispose of Cell Phones

Cell phones pose a serious burden on the environment, gobbling up power and precious materials before heading to landfill. In the developing countries where they are repurposed or dismantled, they can end up in the rivers and soil, where they help contribute to cancer, damage to the nervous system and to brain development in children.

In one study published last year, 34 recent cellphones were put through a standard E.P.A. test that simulated conditions inside a landfill. All of them leached hazardous amounts of lead -- on average, more than 17 times the federal threshold for what constitutes hazardous waste.

Just Google Guiyu, China: it gives a whole new meaning to "reach out and touch someone."

Fortunately watchdogs and industry groups are paying increasing attention to e-waste, leading some to speculate that the problem will level out by 2010. That sounds a bit rosy considering the continuing growth of mobile devices, especially in markets where waste regulation moves at a glacial pace (think China)

On top of the energy and cost associated with extracting the materials that go into a cellphone, the disposal of cellphones often leaves a toxic imprint on the environment. That's because:

• Printed circuit boards contain toxic metals including lead, nickel, and beryllium.
• Liquid crystal displays contain mercury.
• Batteries may contain nickel and cadmium, particularly older ones.
• Plastics may contain brominated flame retardants, that are toxic and persist in the environment. Studies suggest they accumulate in household dust and in the food chain, and they have been detected in some fish.

According to the EPA, cell phones have a shorter life span than any other major consumer electronics: 1.5 to 2.5 years, compared with 3 to 8 years for an LCD monitor, or 3.3 to 4 years for computers.

65,000 tons: weight of electronic garbage created by cellphones per year

Even though they're trashed en masse, cellphones may be the most valuable form of e-waste. An average phone contains about $1 in precious metals, mostly gold.

But in 2007 the reclaiming giant Umicore estimated it only received less than a percent of the world's tossed phones.

To better grasp the impact of cellphone disposal, take a look at Inform's awesome video "The Secret Life of Cellphones", a fascinating tour from the streets of New York to the waste dumps of Nigeria to the labs of Umicore in Belgium. And read Jon Mooallem's excellent New York Times Magazine piece from last year, "The Afterlife of Cellphones"

How Much Power Do Cell Phones Use?

Phones and their batteries are getting more efficient. But charging them still sucks a lot of electricity from the grid. Last year, one researcher estimated that each charger uses around 0.01-0.05 kWh per day; over a year, that's the equivalent of a skipping a single bath (5 kWh per person), or driving 6 minutes less annually (average driver being 40 kWh per day).

We've just entered the era of solar-powered phones, but until the technology gets more efficient, it's unclear if such phones are sustainable or just eco-bling.

Three years: the average period of phone use in the studies cited by the U.S. Food and Drug Administration. Critics say many studies are flawed for that reason, and also because they do not distinguish between casual and heavy use of mobile devices

A New York Times series this summer reignited the discussion over cellphone usage and distraction while driving -- and the lack of regulation or enforcement around the practice. The likelihood that a driver using a cellphone will crash is equal to that of someone with a .08 percent blood alcohol level, the point at which drivers are generally considered intoxicated, writes the Times.

2,600: traffic deaths due to cellphone distraction

Mobile phones have changed the way we interact with the world, an impact felt most intensely by young people. For teenagers today, the cell phone has always been a part of their world, sometimes for the worst. But any debate over the downsides of a life mediated through mobile devices must also weigh the powerful positive impact that mobile technology is having in the political sphere.

Mobile phones are helping to expand environmental awareness, reduce inefficiencies and find solutions. They can be used to check up on the brands we buy, advocate for change, warn farmers about elephant herds, monitor pollution, and maybe soon turn us into amateur botanists.

And in places like Iran and China, where information is strongly controlled by the authorities, mobile phones are helping to spread information and broadcast abuses to huge audiences.

In addition to the ways they can help empower political engagement, smart phones are also already helping Google gather the data it needs to build a stronger traffic information system on Google Maps. Even cell phone towers may be useful in the fight against climate change.

First, keep your battery running strong. If it breaks, falls in the toilet, or gets scratched, chances are your inner MacGyver can fix it; check out this great round-up of how to videos for that. If you switch to a new provider, ask about keeping your current phone, or check out a service like Houdinisoft. And if you must get rid of it and your phone still works, find one of the many organizations that will take your cell phone and donate it to someone who needs it elsewhere.

Lifeline for Africa collects used phones and sends them to Africa. Some phones will be refurbished, and donated directly to charitable groups in Africa. Others will be refurbished and sold to make money for the charities. The UK conservation NGO Woodland Trust receives a donation for every phone it recycles, while Telenor aims to plant 25 trees for each phone recycled through them.

Throwing a cell phone into the trash is actually illegal in California and Maine and in Westchester County, New York. But it's not banned in any other localities. (INFORM offers a fact sheet on cell phone recycling laws in the U.S. and Europe.)

If your phone's toast, find a certified recycler who can get it to a company like Umicore, which carefully reclaims the stuff inside. The Environmental Protection Agency (EPA) estimates that recycling just a million cell phones reduces greenhouse gas emissions equal to taking 33 cars off the road for a year.

Companies like Coolaphone help you recycle your phone, and even give you rewards in the process. In the United States, the EPA launched a cell-phone recycling program in 2008 in partnership with popular service providers, retailers, and device makers like LG Electronics, Motorola, Nokia, Samsung, and Sony Ericsson. See how easy it is to recycle your phone at the EPA's eCycling site. They're so enthusiastic about cellphone recycling, the EPA folks even made a podcast about it.

A number of companies have signed the Basel Action Network's Electronic Recycler's Pledge of True Stewardship, the most rigorous criteria for sustainable and socially just electronics recycling. Many of the participants provide convenient mail-in service from any state.

Ultimately the trick to more responsible phone use (apart from not using them at funerals and at the movies) is remembering the impact of their disposal, and thinking twice before we toss them. It's up to us -- there's no app for that.