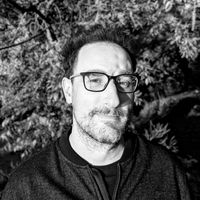 The report, which was conducted by the Institute for Sustainable Futures, at the University of Technology, Sydney, estimates that by 2030, even without any fossil fuel projects, the world will produce 35% more oil and 69% more coal than is consistent with a 1.5 degrees C pathway.﻿﻿

The study’s findings are “alarming,” wrote lead author, Sven Teske, but also “give us a new reason to be hopeful.”

That’s because the report found two clear pathways to keep the global surface temperature from rising above dangerous levels: injecting huge amounts of capital into new renewable energy projects and winding down existing coal mines and oil and gas wells.﻿﻿

These findings are in line with those of the United Nation’s Production Gap Report, which concluded that in order to keep temperatures from rising above 1.5 degrees C the world will need to decrease fossil fuel production by roughly 60% over the next decade.﻿﻿

This, of course, would require strong political will and huge investments in new solar and wind farms—the Institute for Sustainable Futures found this transition is “completely feasible” because the world’s renewable energy resources are plentiful and we already have the technology needed to harness those resources.

“The combination of renewable energies, storage technologies, and renewable fuels such as hydrogen and synthetic fuels will provide reliable energy supply for industries, future traveling as well as for buildings,” Teske said.

No Biofuels or Carbon Capture

The report comes on the heels of last month’s release of a roadmap in which the International Energy Agency (IEA) said that to reach net-zero emissions by 2050 no new fossil fuel projects should be approved.

The IEA set up 400 milestones to decarbonize the global economy and prevent temperatures from rising above the 1.5 degrees C target adopted during the Paris Agreement.

Some of the reductions, the group said, will come “from technologies that are currently at the demonstration or prototype phase.” The IEA also advocates for a marked increase in the production of biofuels to power modes of transportation, including planes and ships, the replacement of natural gas with biomethane to produce electricity, and the use of carbon capture technology to prevent some emissions and remove carbon dioxide (CO2) from the atmosphere.

In fact, the IEA advocates for a dramatic increase in the use of carbon capture technology—from the current capacity of approximately 40 million tonnes a year to 1,600 million tonnes by 2030.

“This is quite unrealistic, because it means betting on expensive, unproven technology that’s being deployed very slowly and is often plagued by technical issues,” wrote Teske.

The Fossil Fuel Exit Strategy argues that planting crops such as rapeseed to produce biofuels will likely lead to deforestation and could take away agricultural land that would otherwise be used to grow food.﻿﻿

“Bioenergy should be produced predominantly from agricultural and organic waste to remain carbon neutral,” the authors argue.

Instead of increasing biofuel production and using unproven carbon capture technology, countries should focus on protecting forests, mangroves, and seagrass, which are considered “natural carbon sinks” because they absorb CO2 from the atmosphere and store it in the soil, the report says.

In sum, the report argues that if countries can slash energy demand by 27% by 2050 (thanks to less wastage and more energy efficiency) the world could potentially rely on solar and wind for the vast majority of its energy needs.

According to the Fossil Fuel Exit Strategy, solar and wind energy alone could power the world more than 50 times over.﻿﻿

“We believe the IEA underestimated the very real potential of renewable energy and relied on problematic solutions to fill what it sees as a gap in meeting the carbon budget,” the authors said.

Indeed, the IEA has long faced criticism from experts and environmentalists for allegedly downplaying the potential of the renewable energy sector.