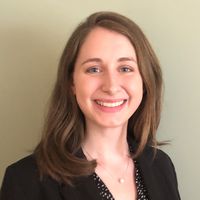 Learn about our editorial process
Business & Policy
In This Article

The federal Pollution Prevention Act made pollution prevention part of U.S. public policy. The Act mandates that pollution should be prevented or reduced starting at its origin whenever possible. Waste that cannot be prevented should be recycled. When recycling is not feasible, the pollution by-products must be treated. Pollution into the environment should be used only as a last resort.

The law was passed in 1990 and is constantly under review by the Environmental Protection Agency (EPA) as it evaluates new and existing chemicals and their risks.

The Pollution Prevention Act, also known as P2, was created to implement cost-effective and pollution-reducing changes to the production, operation, and use of materials and substances at their source. In the 1960s and 1970s, pollution to U.S. land, water, and air began to gain national attention. The time period saw multiple environmental policies become laws, including the Clean Water Act, the Clean Air Act, and the Resource Conservation and Recovery Act. However, none of these acts addressed the root causes of pollution until P2.

Economy and waste of profits were major motivations for getting the Act through. The Act promoted savings to the companies creating the pollution and to the U.S. government tasked with pollution clean up. Changes caused by this legislation also encouraged minimal use of natural materials, another source of monetary savings, and reduced risk to workers and surrounding communities. In fact, this motivation was written into the Act itself (SEC. 6602), since the best chance of environmental legislation passing required a monetary incentive to support it.

Summary of the Law

The Pollution Prevention Act encompasses many different requirements at multiple levels of the industry including the substitution of less hazardous and cleaning agents; employee and management training in environmental management practices; and product redesign and process modification to reduce the amount or toxicity of raw materials and to conserve energy and other resources.

The Pollution Prevention Coordinator of the Department of Energy and Environmental Protection (DEEP) advises businesses to take a four-step approach to pollution prevention:

"First, modify the process, raw materials or product to reduce the toxicity and quantity of by-products released to air, water, and land;
Second, where feasible, capture and reuse energy, waste, and by-products;
Third, treat individual waste streams to reduce the toxicity and/or quantity of by-products released; and
Finally, provide the final treatment and/or disposal of all remaining wastes necessary to meet all applicable standards."

While the goal of the Act was to promote better environmental and public health through the management and mitigation of pollution, the convoy of this change rested in economic opportunity. The savings offered by switching to more environmentally friendly practices were pre-proven by companies like 3M which began a Pollution Prevention Pays Program (3P) in 1975, 15 years prior to the Act's passing. Since the program's creation, 3M estimates that the program has saved the company almost $1.9 billion dollars and counting.

In a 1993 public policy statement, EPA Administrator Carol Browner explained the objectives of the Act, "Pollution prevention is influenced by a number of factors, including EPA regulations and state programs, collaborative efforts that offer recognition and technical assistance, public data, the availability of clean technologies, and the practices and policies of large public agencies. To be effective, our pollution prevention program must establish the following objectives for each of these areas," including regulations and compliance, state and local partnerships, private partnerships, federal partnerships, public information/the right-to-know, technological innovation, and new legislation.

The most novel aspect of P2 at the time of its passing was that it moved pollution prevention as the first step in waste management. The Act emphasized that prevention of pollution must come before reduction.

The EPA defines pollution prevention as "reducing or eliminating waste at the source by modifying production processes, promoting the use of non-toxic or less toxic substances, implementing conservation techniques, and reusing materials rather than putting them into the waste stream."

In 2006, the P2 Results Data System was created to allow anyone the ability and right to access information about P2, waste management, and environmental progress at facilities. Industrial facilities must submit Toxics Release Inventory (TRI) reports to the EPA, which are then made available to the public.

The EPA mandates that industrial facilities submit TRIs under P2 so they can track each facility's progress towards the Act's goals using the framework provided by the waste management hierarchy: source reduction followed by recycling, energy recovery, treatment, and disposal or other releases. The reporting allows for the EPA to calculate trends in waste management, compare facilities, and analyze changes in production.

Anyone can access these reports to learn information such as the practices and pollution prevention efforts made for a specific chemical at a specific facility, the progress made by industry, and emission information.

The data can also be viewed by topic. Information on greenhouse gas emissions (GHG) is easily accessible. For example, in 2019, power plants surpassed any other sector in GHG emissions with 1,668.7 million metric tons of CO2E compared to the second-highest sector, oil and gas, which produced 340.5 million metric tons.

The definition of pollution prevention was strengthened in a May 28, 1992 memorandum by the EPA. The agency broadened what is considered "source reduction," including equipment or technology modifications; process or procedure modifications; reformulation or redesign of products; substitution of raw materials; and improvements in housekeeping, maintenance, training, or inventory control. However, under P2, recycling, energy recovery, treatment, and disposal are not included within the definition of pollution prevention.

Diminishing returns on pollution prevention have dissuaded the industry to go further than what is required by law to reduce and prevent pollution. Waste reduction and leniency for trimming resource use could only continue for so long before further reductions required expensive changes that challenge the economic motivations that garnered support for P2.

Over time, P2 has largely become symbolic rather than effective at demanding more environmentally friendly practices. Despite P2 legislation, pollution has continued and has negatively impacted U.S. air quality as a result, among other environmental impacts. The level of carbon monoxide in the air in 2020 increased by 81% compared to 1980, and by 73% compared to 1990, when P2 was passed. Increases in lead, nitrogen dioxide, ozone, and sulfur dioxide have been recorded as well. Emissions for these pollutants have also increased compared to 1980, 1990, 2000, and 2010. The only significant decrease observed was in aggregate emissions, down by 73% compared to 1980.

Several federal mandates and executive orders have been issued in connection to P2 and pollution prevention. The most recent change made to pollution prevention legislation was Executive Order 13834, "Efficient Federal Operations" signed by former President Trump on May 17, 2018. Notably, the order revoked executive order 13693 signed by former President Obama on March 19, 2015. This order implemented "Planning for Federal Sustainability in the Next Decade" which aspired to cut the federal government’s GHG emissions by 40% over the subsequent 10 years. It required federal agencies to develop plans for reducing emissions and periodically report on their progress.

This revocation was undermined in April of 2021 when President Biden announced a new target for GHG emission reductions, with a 50% to 52% decrease set as the goal by 2030. President Biden ran for office with a commitment to making environmentalism a priority.

While P2 was a commendable piece of legislation at the time of its passing, the need for pollution prevention has outgrown the current scope of the Act. More aggressive and immediate mandates are required to counteract a rapidly warming planet and a society vulnerable to growing public health risks.