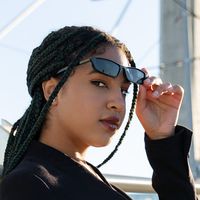 Tosser, fly-tipper, litterbug. No matter what you call it, the reality remains that we live in a world where manufacturing single-use products – made to use once but last forever – and abandoning them as trash have become societal norms. It’s now commonplace for people with drinkable tap water to purchase water in plastic bottles that companies have convinced us make life more convenient, as if they aren’t capitalizing on a basic human necessity.

But what if we invoked the opposite, what if we as a civilization normalized the act of keeping our environment clean by picking up after others – and inspired progressive climate legislation through this simple action?

Ummm that sounds intimidating, I don’t think I alone could make a difference, I’m just one person.

We’ve all been there, in a mindset that our actions are just a drop of water in the vast ocean that is the world of capitalism we inhabit. But the truth is that’s really all it takes, one individual taking the initiative that leads to collective action and puts pressure on big corporations to start caring about our planet and doing their part to minimize the negative footprint they’re leaving. Is it easier said than done? Some might be quick to say yes, but from personal experience, I’ve realized that when we choose to take responsibility for the environmental consequences of our daily actions it gives us some control over the issue, and with control comes power.

The Birth of Tuesdays for Trash

So why does individual action turn into collective change and how can I truly believe that picking up litter can be utilized as a tool to inspire economic and legislative change? Well, it all started on a Tuesday in early May of 2020. The pandemic was raging with lockdown restrictions in place, yet I kept having this itching desire to go outside and do something to give back to my community.

Lucky for me, I had a friend at the time who was feeling the exact same way, so together we decided to safely head out to our university park-blocks and pick up trash while equipped with gloves and masks. It was an almost euphoric feeling. Watching our bag fill up in a matter of minutes and seeing all the bystanders stop to thank us or smile. Deciding to spend that afternoon cleaning up litter was such an easy action for us, not to mention fulfilling and a great bonding moment. So much so that afterward we decided we wanted to do it every Tuesday, and to our surprise, a full-blown movement was born. We called it Tuesdays for Trash, which became a global grassroots movement with a mission to inspire everyone around the world to dedicate at least one day a week to the planet by picking up trash.

Since that day in May, we’ve had people all over the world participate with us, spanning six continents, 20 countries, and we have launched seven chapters thus far. What first started as a way to give back to our community turned into a gateway for activism across all spectrums of climate justice, now tell me that individual actions can’t spark worldwide change.

Picking up Trash Every Day of the Year

While picking up trash every Tuesday was garnering impressive results in the climate movement, I personally felt like there was more I could do to raise awareness about the waste management issue at hand globally. For that reason, I decided to make one of my 2021 New Year's resolutions picking up trash for 365 days. As the days go on, I’ve had time for ample revelations and noticed some pretty apparent trends.

The most significant pattern I’ve noticed being plastic. Whenever I find bottle caps, drink containers, wrappers, or whatever form of plastic it may be, my immediate response is rage. Not necessarily at the person who littered it – although there is some aggravation there – but towards the corporations that manufactured the products, often conveniently labeled on said trash. So in an effort to draw attention to the issue, and maybe spark some conversation on the industry level for better alternatives, I began to put these brands on “blast” through social media stories tagging their company accounts alongside the pictures of trash and remarks or sustainable calls to action.

What started as an admittedly petty form of retaliation enabled me to realize that picking up trash could actually be a viable tool for legislative and economic change. This was especially apparent after I had found and tagged some litter created by a big coffee company in my area and to my surprise, they not only responded to the post but replied with steps they were taking towards minimizing their impact. It was an extremely gratifying moment that made me feel like I was being heard as both an activist and a consumer. I felt powerful, even as an individual, and that I believe is the key to successfully using trash pickup as a way to take back control in this climate crisis and winning the fight against polluting industries. There is no collective change without individual action, so let’s all come together to ensure a cleaner and healthier home for us all.

Visit Tuesdays for Trash to learn how you can get involved.