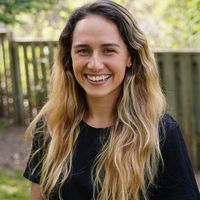 Rebecca Clarke
Writer
Rebecca Clarke is a freelance writer and research associate who has studied environmentalism and sustainability for seven years.
Learn about our editorial process
Elizabeth MacLennan

Elizabeth MacLennan is a fact checker and expert on climate change.
Learn about our fact checking process
Business & Policy

Organic farming refers to a method of agriculture that uses fertilizers made from animal and plant wastes and other biological materials. Recognizing the environmental harm of traditional farming, which used chemical pesticides and fertilizers, scientists saw that farming conditions could benefit from the use of animal manures, crop rotation, cover crops, and natural pest controls. Today, organic food has grown in popularity, especially among consumers who are concerned with the potential negative effects of pesticides, GMOs, and hormones.

What Does Organic Mean?

Organic describes any food that is produced without chemical fertilizers, pesticides, or antibiotics. The USDA certifies food as organic if it has been grown in soil that has not been covered in synthetic fertilizer or pesticides for a full three years prior to the food's harvest.

Traditional farming has a greater impact on the environment due to increased greenhouse gas emissions, soil erosion, and water pollution. However, traditional farming generally produces higher crop yields (approximately 5-34% greater) than organic farming. This is one of the reasons why organic produce is more expensive. Conventional farming also uses synthetic insecticides to get rid of pests and diseases, whereas organic farming uses insects and birds.

The Origin and Timeline of Organic Farming

According to a 2020 International Federation of Organic Agriculture Movements (IFOAM) report, there were at least 2.8 million organic producers in the world in 2018. How did we get here?

Organic agriculture as a concept began at the beginning of the twentieth century as the need to address soil erosion and depletion, lack of crop varieties, and insufficient food quality increased. During the time, the mechanization of agriculture evolved quickly, which drastically increased crop yields and made farming much more affordable. The resulting negative environmental effects spurred the birth of the organic farming movement.

The term was first coined by Walter James in his book "Look to the Land," in which he talked about a natural and ecological approach to farming. He focused on the “farm as an organism,” and his ideas were fundamental in the creation of the worldwide organic farming movement. Also, in the 1940s, the founder of the Rodale Institute, J. I. Rodale, provided his own information on farming methods that avoided the use of chemicals.

Rodale gained inspiration from Sir Albert Howard, a British scientist who spent years in India observing agricultural systems that used green manures and wastes as fertilizer. In 1943, in his book "An Agricultural Testament," Howard wrote about the importance of using animal waste to maintain soil fertility, which was a concept that later became central to organic farming.

In the 1950s, the sustainable agriculture movement began to gain traction due to environmental concerns. In 1962, Rachel Carson came out with her book "Silent Spring" which highlighted the effects of DDT and other pesticides on wildlife, the natural environment, and humans. Within this book, Carson called for humans to act in a more responsible manner and be stewards of the earth instead of destroying it. The sustainable agriculture movement and Silent Spring both had a major impact on the progression of the organic farming movement.

In the 1970s, consumers began to become more environmentally aware, and their demand for more sustainable practices fueled the growth of the organic farming industry. With the difference between organic and conventional produce now apparent, the movement aimed to promote locally grown food. This time in history was known as the era of polarization of agriculture into organic and non-organic categories.

However, no one could agree on approaches for the management of organic farming, and so no universal standards or regulations for organic agriculture existed in the 1970s. In the United States at the time, organic certification programs varied by state.

In 1972, IFOAM was founded in Versailles, France to build capacity to assist farmers in making the transition to organic agriculture, to raise awareness on sustainable agriculture, and to advocate for policy changes related to agro-ecological farming practices and sustainable development. Today, they have members from 100 countries and territories and are a leader in the industry.

The 1980s is described as a period in which organic farming received national recognition within the United States. In 1980, the USDA released the Report and Recommendations on Organic Farming with the intention of “increasing communication between the USDA and organic farmers.” In 1981, the American Society of Agronomy held a Symposium on Organic Farming to explore the question: Can organic farming contribute to more sustainable agriculture? The answer was a resounding yes from attendees of the symposium.

Organic agriculture began to be implemented into university curriculums around the world. USDA scientists also conducted research on organic farming with the Rodale Institute. In 1989, in Cuba, the combination of the U.S. trade embargo and the collapse of their Soviet market led to an organic revolution. This was because they found it very difficult to import the chemical fertilizers and heavy machinery needed for traditional agriculture, therefore they turned to organic farming.

In the 1980s around the world, farmers and consumers started to advocate for government regulation of organic farming. This sparked the creation of the certification standards that were enacted in the 1990s. In the European Union and the United States, the majority of aspects of organic food production are government-regulated.

The global retail market for organic food has expanded exponentially each year due to increasing consumer demand. This was a result of the concern over the safety of food that was produced using synthetic fertilizers and pesticides.

In 1990, U.S. Congress passed the Organic Foods Production Act (OFPA) to develop a national standard for organic food production. The OFPA resulted in the creation of the National Organic Standards Board that would make recommendations for which substances could be used in organic production and handling. The board also would assist the USDA in writing regulations to explain the law to farmers, handlers, and certifiers. This was an important milestone in the organic movement as it defined the term “organic" and set site-specific regulations that promoted ecological balance and the conservation of biodiversity.

The regulations under the OFPA took more than a decade to write and the final regulations were finally implemented in 2002. In the 2000s, the worldwide market for organic food began to grow rapidly. Organic farmland increased from 11 million hectares in 1999 to 43.7 million hectares in 2014. Additionally, the global market of organic products was estimated to be $15.2 billion in 1999 and increased to $80 billion in 2014. In 2014, there were approximately 2.3 million organic producers around the world.

From 2004 to 2010, researchers found that organic products cost more than non-organic products, with a premium of above 20% for all organic products except spinach. Additionally, during the 2000s and 2010s, more countries around the world began to implement government-regulated organic certifications. For example, in 2002 the European Union Organic Certification was enacted to enforce strict requirements for organic food production.

The global organic market was greater than 100 billion U.S. dollars in 2018 with the leading country being the U.S., followed by Germany and France. There are approximately 2.8 million organic producers worldwide, with the majority being in India. Farmland also increased to a total of 71.5 million hectares worldwide.

Global organic agriculture has also had a significant contribution to the Sustainable Development Goals (SDGs). However, there have continued to be criticisms about organic food and whether it is safer and/or more nutritious than conventional foods. Additionally, some have criticized the high costs of organic food as they believe there is a lack of evidence to back that it is more beneficial to health.

Still, organic food continues to grow in popularity, and it is expected that it will become more affordable as production and distribution increase. Additionally, consumers have been seeking out new organic plant-based alternatives, such as oat and soy milk. The popularity of restaurants that only cook food with organic ingredients is also on the rise, specifically in places like Bali, Indonesia. Overall, organic food continues to rise in quality, choice, and affordability.