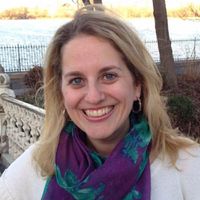 Cara Lustik is a fact checker and copywriter.
Learn about our fact checking process
Home

Milk from a cow is as necessary as milk from a pig or a horse or a giraffe. Human breast milk is the perfect food for human babies, while cow’s milk is the perfect food for baby cows. Cow’s milk naturally contains a large amount of hormones and protein needed to turn an 80-pound calf into a 1,000-pound cow in one year. That amount of protein and hormones is not only unnecessary but unhealthy for humans. Because they occur naturally, these hormones are even found in organically produced milk.

The Harvard School of Public Health and Harvard Medical School are downright critical of the USDA's recommendation of dairy products at every meal. Harvard states, "there is little evidence that high dairy intake protects against osteoporosis but substantial evidence that high intake can be harmful." If dairy is so bad, why does the USDA recommend so much dairy? Harvard blames industry influences, stating that their recommended diet is "based exclusively on the best available science and was not subjected to political and commercial pressures from food industry lobbyists."

It is the position of the American Dietetic Association that appropriately planned vegetarian diets, including total vegetarian or vegan diets, are healthful, nutritionally adequate, and may provide health benefits in the prevention and treatment of certain diseases.

Besides containing saturated fats, cholesterol, hormones, and too much protein, milk is also linked to testicular cancer, breast cancer, and prostate cancer.

Many dairy products tend to be high in saturated fats and cholesterol, which have been linked to heart disease.﻿﻿ The American Dietetic Association states:

Features of a vegetarian diet that may reduce risk of chronic disease include lower intakes of saturated fat and cholesterol and higher intakes of fruits, vegetables, whole grains, nuts, soy products, fiber, and phytochemicals.

Milk protein is also a concern, and the protein in milk has been linked to coronary deaths and to hardened, narrowed arteries.

In 2006, a researcher from the Harvard School of Public Health found a strong link between dairy consumption and hormone-dependent cancers; testes, breast, and prostate. Scientist/physician Ganmaa Davaasambuu believes that the naturally occurring hormones in a pregnant cow’s milk increase the risks for these types of cancer. Milk from cows contains “considerable amounts of female sex hormones,” accounting for 60% to 80% of estrogens consumed by humans. Although the research focused on dairy, Ganmaa’s findings implicated a variety of animal products, as well as dairy:

Butter, meat, eggs, milk, and cheese are implicated in higher rates of hormone-dependent cancers in general, she said. Breast cancer has been linked particularly to consumption of milk and cheese.

Ganmaa’s findings are not unique. According to dietician George Eisman, in the US, one in six men gets prostate cancer. Only one in 200,000 men gets prostate cancer in China, where dairy is not regularly consumed. Also according to Eisman, breast cancer is highest in the countries with the highest dairy consumption. A study in England found that even within England, the counties with the highest dairy consumption had the highest rates of breast cancer. Eisman states that consuming dairy is “the most abnormal, crazy thing that we do.”

Contaminants in milk are another serious concern. American milk is banned in the European Union because of added recombinant bovine growth hormone (rBGH). When administered to cows, rBGH causes the cows to produce up to 20% more milk but also causes the cows to produce more Insulin-like Growth Factor 1 (IGF-1). According to the Organic Consumers Association, some of the rBGH given to cows ends up in the milk. The Cancer Prevention Coalition (CPC) states:

It is highly likely that IGF-1 promotes transformation of normal breast cells to breast cancers. In addition, IGF-1 maintains the malignancy of human breast cancer cells, including their invasiveness and ability to spread to distant organs.

RBGH also increases the risk of mastitis, which sometimes leads to pus, bacteria, and blood getting into the milk. Federal law in the US allows up to 50 million pus cells per cup of milk.

If rBGH is so dangerous and is banned in the EU, why is it legal in the US? The CPC believes that “Monsanto Co., the manufacturer of rBGH, has influenced U. S. product safety laws permitting the sale of unlabeled rBGH milk.”

Another contaminant found in cow’s milk is pesticide residues.﻿﻿ Residues are fat-soluble, which means they become concentrated in the milk and tissues of animals.

While cow’s milk is high in calcium, it is also high in protein. Excess protein in our diets causes calcium to leach out of our bones. Dr. Kerrie Saunders states, “North America has one of the highest consumptions of dairy products, and also the highest incidence of osteoporosis." To combat osteoporosis, Saunders recommends exercise and “beans and greens” for a source of calcium that is not excessively high in protein. Ganmaa also recommends getting calcium from green leafy vegetables.

Furthermore, calcium intake may be less important for bone health than we’ve been led to believe. A study by researchers from the Harvard School of Public Health published in 1997 found that increased consumption of milk and other calcium-rich foods by adult women did not reduce the risk of osteoporotic bone fractures.﻿﻿﻿ Calcium retention is also important for preventing osteoporosis. Sodium, smoking, caffeine and physical inactivity can all cause us to lose calcium.

While animal rights advocates are vegan for ethical reasons, it’s important to know that cow’s milk is not necessary for human health and foregoing dairy may have health benefits.