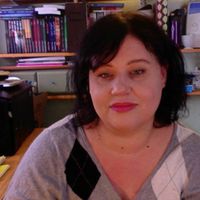 The first time I saw a Tillandsia planter on Etsy, I thought "oh, that's cute." Not being a houseplant person (because I have this bad habit of killing them...) I didn't think much of it.

The second time I saw a Tillandsia planter, on Design*Sponge, I thought, "Cute, but I'd kill it, and then I'd feel bad."

And the third time I saw a Tillandsia planter (this time in necklace form on Etsy) I decided that I HAVE to have one.

I don't have my Tillandsia yet because I'm still in the research/see-if-I-can-talk-myself-out-of-yet-another-plant phase. But in my research I've come across a lot of useful information about growing these plants. And since they seem to be a good option for those of us with limited space, I thought I'd share some of the great Tillandsia-related stuff I've seen online.

How to Grow Tillandsia

Tillandsia, also known as "air plant," is an epiphyte. This means that it doesn't need soil, but, instead, obtains water and nutrients from the air. You grow Tillandsia not by planting it in a pot, but by mounting it to a board, tile, or other object, or by growing it in a special Tillandsia planter, which is usually just a glass hanging globe with holes in it to increase air flow.

Tillandsia needs bright, indirect light. According to The Spruce, a sunny south, east, or west-facing window would work well. If you don't have a bright window, you can also grow Tillandsia under a grow light.

To water Tillandsia, mist it two to three times per week, or, if you don't have your air plant mounted to something (but have it set in a pot or planter instead) simply take the entire plant and submerge it in water for a bit (more on this in the video below). Once a month, mist the plant with diluted organic fertilizer.

This video from Urban Dirt TV is full of useful tips for growing air plants:

I came across this project on Rue LaLa about making your own tiny Tillandsia planters from wine corks. A wine cork, a knife, a magnet, and a tiny air plant and you've got probably the cutest refrigerator magnet imaginable.

So, if you (like me) have been considering getting a Tillandsia or ten (I can see this becoming a bit of an addiction) of your own, I hope this information has been helpful. I think this is one houseplant even I can keep alive and happy!