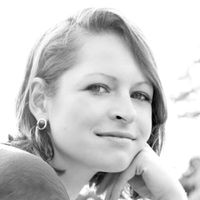 With the performing arts, a good showing is when the fall of the curtain leaves you shuffling off into the night a bit dazed, a bit dazzled, and perhaps, just a bit thoughtful. This media, like no other, has the power to make you laugh, cry, and cringe. It has the power to captivate and influence.

So tapping the performing arts to raise environmental awareness and educate audiences about climate change sounds pretty savvy to us.

Based in Vienna, Virginia -- about a 20-minute drive from Washington, D.C. -- the $28-million-organization holds more than 270 performances a year. We chatted with Wolf Trap president and CEO Terrence D. Jones.

TreeHugger: We love the concept of using the arts as a way to raise awareness of environmental issues. Can you name a few individuals who have successfully done this in the past? Why you think this works?
Terrence D. Jones: From folk music's agents of change like Peter, Paul & Mary, Bob Dylan, Joan Baez, and Richie Havens; to the powerful and moving music of Mahalia Jackson, Bob Marley, or John Lennon; to committed environmental performers like Bonnie Raitt, Mike Love, Dave Matthews, and Willie Nelson, the arts seek to raise mankind's collective level of consciousness, challenge convention, and inspire societal change.

Arts have a role, an obligation to inspire our sustainable future because this media has always communicated the relevance of current events and has long been a bastion for causes of all types, from social justice to education. Now is the time for us to take our role in environmental responsibility seriously.

TH: Wolf Trap is called the "only national park for the performing arts." What exactly does that mean?
Jones: Literally, Wolf Trap is the only National Park, out of 391, that has this designation. It is the only National Park that has been created with the explicit purpose of enhancing our nation's cultural life through the performing arts. Each summer, we present approximately 100 performances at our largest venue, the 7000-seat Filene Center. Performances range from modern and classical dance; to pop, rock, jazz, classical, and world music; to musical theatre and opera; to films, multimedia events, and world premieres. We also present about 70 performances at our Children's Theatre-in-the-Woods and another 100 or so at our smaller indoor venue, The Barns at Wolf Trap, October through May.

TH: So environmentally-themed performances, we're intrigued. Could you describe a couple of these for us?
Jones: This summer, at the Children's Theatre-in-the-Woods, we are presenting a number of programs designed to raise environmental awareness among children and families. Dinorock, one of our most popular children's performing groups, will present "Junkyard Pirates," who set sail on the urban seas on the lookout for ways they can recycle, reuse, and reduce as they battle the dreaded Landfill!

And since 2000, Wolf Trap has been celebrating our fellow National Parks around the nation through a multimedia artistic adventure series, Face of America. The series uses the performing arts to interpret the diverse people, histories, and physical environments found across our great nation. The next installment, premiering in 2009, will feature Glacier National Park. It will address the many environmental issues facing the park and its people.

TH: This summer you are hosting the National Arts and Environment Summit (July 13-14), along with Reverb, a major player in the greening of concert tours and festivals around the country, and strategic management and technology consulting firm Booz Allen Hamilton. Can you give us a couple highlights, and what are you planning to achieve with this?
Jones: The National Arts and Environmental Summit will gather 20 of the nation's foremost environmental and arts experts, along with government, community, and business leaders. This group will then sit down and compose a list of strategies and practical solutions for fully engaging performing artists and performing arts presenters in environmental stewardship. They will also outline national and local alliances that can be forged between these groups.

Americans for the Arts and the Aspen Institute will be our co-conveners for the event; and the actual meeting, enhanced through videoconferencing, will take place at the corporate headquarters of Booz Allen Hamilton in McLean, Virginia. During the final portion of the summit, the public can comment and participate via the Internet.

TH: We hear it is headlined by Hootie & The Blowfish, who will do an eco performance. How will this be eco?
Jones: We've recruited assistance from Adam Gardner and his colleagues at Reverb. Reverb is looking at all of the environmental actions Wolf Trap has already taken to green its operations; and from there, making recommendations to us and Hootie and the Blowfish as to how we can take efforts even further the night of the show.

TH: A year ago, you launched the "Go Green with Wolf Trap" initiative, can you tell us about it a bit?
Jones: Wolf Trap has been celebrating the relationship between art and nature for more than 37 years: The preservation of our cultural and natural resources is a basic tenet of Wolf Trap's mission. That said, we launched Wolf Trap's "Go Green" initiative in March 2007 to make even more environmentally responsible choices as an organization, while inspiring others to do the same -- including our patrons, our partners, and the national performing arts community.

TH: How did operations change?
Jones: In the past year, we've switched to using biodegradable packaging at our concession stands; started composting waste from our special events; switched to using paper made from recycled stock with soy based inks; and we're eliminating the use of Styrofoam cups, plastic utensils, bottled water, and plastic trash bags at the Center for Education, where we are also now using CFLs. We've replaced incandescent stage lights with Xenon and upgrading our sound system to more energy efficient units. Now, our thermostats are a little cooler in the winter and warmer in the summer.

TH: And the results?
Jones: We saved nearly 12,000 kilowatt hours in electric usage this past year. That is the equivalent of not driving 135,000 miles or planting 10,000 trees. And for many of the miles we do drive, we use hybrid vehicles, courtesy of GM.

TH: Your long-term goal is to become carbon neutral and achieve zero waste. How are you working towards this?
Jones: We assessed our baseline. Wolf Trap has always been environmentally conscious, but we had really never run the numbers. Thanks to support from Booze Allen Hamilton, we've just completed a very comprehensive analysis of our operations, including carbon emissions, energy consumption, and our waste/recycling program. We're now working with their team of experts, and our other partners including the EPA and the National Park Service, through a series of recommended changes that will eventually put us on a timeline to achieve these goals.

TH: Overall, how are your new green initiatives received?
Jones: Quite well. So well, that our Face of America series was just featured on national television as part of Thirteen / WNET New York's "Great Performance" series on PBS. There is a very real connection between our physical world and the artistic process and I think most people understand that as our natural environment erodes around us, along with it, so does our art and ultimately our self-awareness.

TH: Is there anything you would like to add?
Jones: At a time when the world's natural resources are diminishing and its population is expanding, Wolf Trap feels it is crucial to preserve the vitality and beauty of our natural world —- a world that inspires masterpieces of a diverse artistic canon so "treat the earth well; it was not given to you by your parents, but loaned to you by your children." —Kenyan Proverb ::Wolf Trap Foundation for the Performing Arts
On Reverb
::Reverb: Greening the Music Industry::JosÃ© GonzÃ¡lez To Embark On Green Tour in Spring, in Partnership
::Stars Offset U.S. Tour
Art Raising Environmental Awareness
::Rice Paddies As Art
::Austin Green Art Temporary Recycled Artwork Installation
::ScrapEden: Recycled Public Art
::The Art of Climate Change
::Recycled Oil Drum Art Exhibition Open Today for SEED
Photo credits, from top: Chris Guerre; Scott Suchman (2).