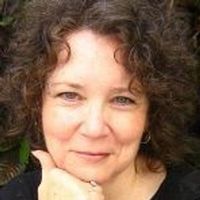 It's hard to imagine a suburban neighborhood without its trademark green lawns. Grass lawns are, however, proven water hogs that cover more than 50,000 square miles of land in the United States , and account for 30 to 60% of Americans' domestic water usage. Luckily, not all grasses are created equal. There are hardy grass varieties adapted to both cool and warm climates that can thrive in dry conditions. Before you make a decision, consider consulting a local nursery or expert gardener to learn more about native options.

Here are 10 drought-tolerant grass varieties that can help create a low-maintenance lawn.

Some of the plants on this list are toxic to pets. For more information about the safety of specific plants, consult the ASPCA's searchable database.

Zoysia grass is a slow-growing, warm-weather perennial grass that thrives in marine and temperate climates. It is highly drought tolerant, but still prefers high humidity. It tends to grow into a tight, matlike structure, and can form small mounds on the ground when it's left unmowed. Due to its dense, lush nature, it naturally resists weeds, and can make a great grass for foot traffic and active use. It goes dormant over winter, but returns to life early in spring, since it's one of the most cold-tolerant warm-season grasses.

Buffalo grass is a warm-season perennial grass that makes a great choice in hot, dry landscapes. It can be grown from seed or sod, and can survive on as little as an inch of water per month. A prairie grass native to the United States and Canada, it is one of the dominant species found across natural landscapes in the Great Plains. Left unmowed, it can grow to about a foot tall, and produce floral spikes.

St. Augustine grass is a perennial warm-season grass that is tolerant of both drought and partial sunlight, which makes it a great choice for shady yards in warm climates. It is also tolerant of the salt spray common in coastal areas. St. Augustine grass has only been cultivated widely in recent years, and it can be difficult to find seeds — most homeowners resort to planting sod or plugs.

Blue grama is a warm-season perennial grass native to the prairies of North America. It's a hardy species that is highly drought resistant and an excellent choice for homeowners in the western United States looking to use native species in their lawns. It's often sold as a seed mix along with buffalo grass, another common prairie grass in the United States. It doesn't handle foot traffic as well as some species, but has many other positive traits: It's a slow grower, cold tolerant, and a great choice for unmowed areas, since it only grows 12-14 inches high at maturity.

Tall fescue is a cool-season perennial grass best suited to northern climates.﻿﻿ It has a deep root system that makes it very drought tolerant, and once it is established, it doesn't require much water. It is among the most heat tolerant of the cool-season grasses, making it a good choice for cooler climates that are prone to heat waves. Compared to fine fescues like red fescue, this grass has wider, coarser blades.

Bahiagrass is a warm-season perennial grass known for its hardy nature and extreme heat and drought resistance. It's also known as highwaygrass, because it grows readily in the poor soil of road medians. This also makes it a great choice for erosion control on steep slopes with subpar soil. It's best adapted to the sandy, acidic soil of the Gulf Coast and southeast United States, and is native to South America.

Red fescue is a cool-season perennial grass that thrives in temperate climates and shady areas. In the United States, it grows best in the northeast. It's distinguished by its fine, needlelike leaves and springy nature. It's a good choice for unmowed yards, thanks to its lush, dense growing habits. It can also be used as an ornamental grass in gardens and as ground cover under shade trees or in orchards.

Western wheatgrass is a cool-season perennial grass native to the midwestern and western United States. It can tolerate most conditions found in arid climates, including cold snaps, spring flooding, hot summers, and partial shade. It does not grow well in temperate climates like that of the eastern United States. As a lawn grass, it is low maintenance, needing little water and only occasional mowing. It's a good choice if you're considering a no-mow lawn, since it's an attractive, long-lived species that grows only one to two feet tall.

Sheep fescue is a perennial cold-season grass and a type of fine fescue similar to red fescue. It's considered the most heat tolerant of the fescue grasses, and therefore an excellent choice in variable climates with a wide range of temperatures and seasons. Like other fescues, it's a bunchgrass (a grass that grows in clumps rather than a uniform sod), and can form a bumpy landscape that isn't ideal as a walking surface. For lawns that don't get much foot traffic, though, it's a great choice that requires little in the way of water, mowing, or fertilizer.

Though it's not technically a grass, Berkeley sedge is a great choice if you only need to cover a small amount of ground. This perennial ornamental rush grows in clumps measuring about one to two feet in height, and makes a great ground cover near walkways, around garden beds, or in shady areas. It's one of the most drought-tolerant ornamentals, and though it prefers moist soil, can grow just fine without much water. It's a California native and thrives in the humid climates along the Pacific Coast.

To check if a plant is considered invasive in your area, go to the National Invasive Species Information Center or speak with your regional extension office or local gardening center.