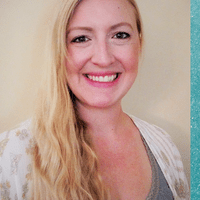 There are more than 200 recognized domestic goat (Capra aegagrus hircus) breeds, falling into four categories defined by the U.S. Department of Agriculture: dairy goats, Spanish or Mexican goats (raised for meat), South African Boers (an adaptable breed that can rebreed while nursing), and Angora goats (raised for wool). Of course, they make great pets, too.

There is much variation between breeds, from size to color to behavior; one breed is even known for its fainting tendencies. Some have perky ears while others' are floppy. Some are large, others pygmy.

Alpine goats originated in the Swiss Alps but were bred to be larger in France, where they were renamed French-Alpines. They are also referred to as Alpine Dairy goats and exhibit a classic goat appearance with their straight profiles, erect ears, and horns. They are small to medium in size, with does (females) weighing around 135 pounds and bucks (intact males) weighing at least 160 pounds. Agriculturally, they are known for their good milking abilities. Their milk is often made into cream, butter, cheese, and soap.

The American LaMancha was bred in Oregon, but the roots of the breed can be traced back to Spain. These goats are known for their extremely short ear pinnae (the visible portion of the outer ear). Some even refer to them as "earless"; however, the LaMancha can have one of two types of ears: gopher or elf. Only does have elf ears, which grow up to two inches in length. Gopher ears are barely visible because they have no cartilage. LaManchas are excellent dairy goats and common 4-H projects because of their calm and gentle demeanor.

The Pygmy goat is known — and widely adored — for its short stature. It was originally bred from a combination of dwarf goats in the U.K. Its limbs are not proportionate to its body, creating a compact appearance. Both sexes can grow horns and beards, but the chin hair on males is notably longer. Does are 16 to 22 inches tall, and bucks are no taller than 23 inches.

The Saanen is a large goat — the average height for does is 32 inches and for bucks, 37 inches — and it's a heavy milk producer. It hails from Switzerland and is now distributed throughout more than 80 countries worldwide. The Saanen is distinguished by its white skin and coat. It may have horns or a tassel (also called a wattle, the fleshy appendage on the neck), but not all do. It is known to be mellow and adaptable to varying climates. It is the most productive milking goat in Switzerland and one of the most productive in the world.

The Toggenburg — named after the region of St. Gallen, Switzerland, where it originated — is a smaller breed of goat, though the British variety tends to be heavier and produce more milk. It, too, is one of the most productive milking goats, yielding up to 5,700 pounds of milk per year. It is distinguished in appearance by its especially soft coat, small-but-erect ears, and white markings on its solid brown color.

More commonly referred to as the fainting goat, the Myotonic gets its name from its genetic disorder, myotonia congenita, which causes it to stiffen up and "faint" when it gets surprised or frightened. There are a variety of Myotonic breeds (Tennessee fainting goats are popular), and they vary heavily in their physical characteristics. They can weigh between 80 and 200 pounds and range in broadness, color, and formation. Most breeds have protruding "bug eyes."

The Nubian, also called the Anglo-Nubian outside of North America, is a large, sturdy, and quite vocal dairy goat. It's known for its long, floppy, doglike "lop" ears and can come in any color or pattern. Female Nubians weigh 135 pounds or more and bucks usually weigh no less than 160 pounds.

While it is raised for both meat and milk, this goat is a common pet. Those considering taking in a Nubian should be aware of G6S, a genetic deficiency that affects only Nubians. It can cause a variety of symptoms, including delayed motor development, growth retardation, and early death.

The Nigerian Dwarf looks like a miniature Alpine. The maximum height is 22.5 inches for does and 23.5 inches for bucks. The breed descended from a group of West African Dwarfs imported to the U.S. from Africa between 1930 and 1960. Originally, it was mostly displayed in zoos, but then it became a domesticated show animal, and later a milking goat. The Nigerian Dwarf is described as gregarious and friendly and can come in any color or pattern. It can even have blue eyes.