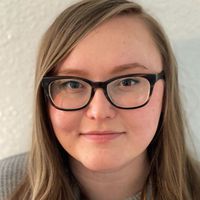 Lauren Murphy
Writer
Lauren Murphy is a writer and environmentalist based in the Pacific Northwest. She holds a degree in Environmental Sciences from Western Washington University.
Learn about our editorial process
Animals

Geoducks (pronounced "gooey ducks") are large clams found along the West Coast of North America, from Alaska to Baja California. Geoducks can weigh up to 7 pounds and look a bit unusual — their exterior shell is actually smaller than their soft insides, and their siphon, or neck, is large and protruding.

Geoducks (Panopea generosa) can be found in the wild as well as grown in the aquaculture industry, with the majority of geoduck aquaculture taking place in the South Puget Sound region in Washington. In the wild, they burrow deep into soft, muddy, or sandy sediment. These creatures are somewhat elusive, but their unique characteristics are worth exploring. Here are a few interesting facts about geoducks.

In an effort to increase the likelihood that eggs will be fertilized and to prevent predators near the seafloor from eating those fertilized eggs, geoducks use a behavior called broadcast spawning. This involves several males and several females releasing sperm and eggs, respectively, into the water column simultaneously. Thanks to broadcast spawning, geoducks are very productive.

2. Females Produce Billions of Eggs in Their Lifetime

Female geoducks have extraordinarily large ovaries that can hold millions of eggs at a time. That quality, combined with the fact that they can live hundreds of years, means some females can produce up to 5 billion eggs throughout their lifetime, or between 1 million and 2 million per spawn. Unfortunately, not many of those eggs actually survive to sexual maturity.

Geoducks filter feed using their long siphons to bring seawater down to where they are buried. They remove excess nutrients, algae, and organic matter from the water before releasing it. That process actually improves water quality. And once they’re harvested, they remove those materials from the ecosystem completely.

These unique creatures are exceptionally long-lived. Geoducks grow rapidly for the first few years — up to 30 mm (1.1 inches) annually for the first three to four years of life, reaching their maximum size at about 15 years old.

They reach sexual maturity at age 3 and remain active for many years; in fact, they have been found to be producing gametes up to 107 years old. And they can live long after that — at least as long as 168 years.

5. Geoducks Are the Largest Burrowing Clams

The Pacific geoduck clam is the largest of all burrowing clams. Their shell can reach 8.35 inches in length and individuals can weigh more than 8 pounds, and some commercial harvesters have reported much larger ones. On average, they weigh in at 2.47 pounds. Their maximum size is typically 7 pounds, which they grow to after about 15 years.

6. They Can Burrow 3 Feet Deep

If you’re digging up a geoduck, prepare to dig deep. They burrow about 1 foot into the sediment for the first few years of life, eventually settling at a sediment depth of 3 feet. Geoducks begin digging when they’re juveniles, burrowing into the sediment with only the tips of their long siphons exposed to the seafloor and water column. They become poor diggers and stay put once they reach full size.

7. They Have Few Natural Predators

Certain starfishes are able to dig up and eat geoduck clams that are not deeply buried into sediment, and some divers have witnessed sea otters digging up and feasting on them as well. But adults who are buried at least 2 feet have very few, if any, natural predators. They can, however, have their siphons taken off or injured at the seafloor by dogfish or halibut.

8. They Live in Intertidal or Subtidal Zones

Those looking to dig up geoducks will only be able to find them at very low tides (-2.0 feet to be exact) when mudflat areas are exposed. They have even been observed living as deep as 360 feet in the Puget Sound. According to the Washington Department of Fish & Wildlife, most of the population is subtidal, while some exist in the intertidal zones where they are sought after by sport diggers.

This shellfish species is a highly valuable seafood item throughout North America as well as in Japan. Geoducks are valued at $150 per pound in some markets. To keep up with demand, geoducks are farmed professionally throughout their native range. In aquaculture, individuals are grown in PVC pipes until they are large enough to burrow themselves in the sediment, usually one or two years after planting.

Some of the tiniest organisms on Earth make up the diet of the largest burrowing clam species on the planet. Geoducks are constantly filter-feeding, sucking up phytoplankton for nutrients. Because they feed on phytoplankton that exist in the water column naturally, they don’t need to be fed by outside sources to grow. That makes them cost-efficient for aquaculturists.