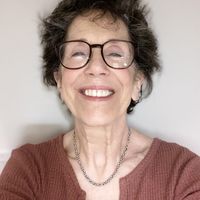 Elizabeth MacLennan is a fact checker and expert on climate change.
Learn about our fact checking process
Energy
In This Article

Fracking is the most common nickname for hydraulic fracturing, a common practice designed to ease oil and natural gas extraction from sedimentary rock (also called shale) and coal.

Fracking forces fluid consisting of water mixed with sand and chemicals through pipes called “casings” that are buried hundreds or even thousands of feet underground. Holes spaced along the casings slam powerful bursts of the fluid inside the formations of shale and coal. This creates deep fractures that allow trapped fossil fuels to seep out and rise to the surface.

Fracking is extremely common as an aide to oil and gas drilling. In 2016, the Environmental Protection Agency (EPA) estimated that each year from 2011 to 2014, 25,000-30,000 new wells were fracked in the United States. In March of that year, the United States Office of Fossil Energy and Carbon Management said that “up to 95 percent of new wells drilled today are hydraulically fractured.”

In May 2016 the United States Energy Information Administration stated that fracking accounts for about two-thirds of natural gas production and about half of total US. crude oil production.

Fracking makes economic sense to the oil and gas industries because beds of shale and coal are particularly rich in ancient organic material that can be processed into fossil fuels.

Hundreds of millions of years ago, shale was just silt or mud that, along with chunks of pre-existing rocks, sank into depressions alongside the decomposing remains of ancient animals and plants. Over time, the sediments were buried under other layers of rock and debris, and gravity compressed the particles into difficult-to-permeate sedimentary bedrock. Coal’s formation followed essentially the same process, but with the addition of geologically produced heat.

The American Oil & Gas Historical Society (AOGHS) has credited President Abraham Lincoln’s assassin, John Wilkes Booth, with one of the early attempts at fracking. An oil rush coincided with Booth’s wild success as a stage actor (“star of the first magnitude” and “the most handsome man onstage in America”). Even though he was a celebrity, Booth dreamed of the riches to be gleaned from oil.

In 1863, he and an associate formed the Dramatic Oil Company, which began drilling in 1864 and had enough early success for Booth to quit acting and focus all of his energies on oil.

Unfortunately, one of Dramatic’s attempts at fracking was a catastrophically sorry one. Using a technique called “shooting the well,” workers ignited a large quantity of explosive powder inside a well. The blast was supposed to rush oil out of the rock. Instead, the well collapsed, ending Booth’s career as an oilman. A few weeks later, he checked into Baltimore’s Barnum Hotel where, with co-conspirators, he began plotting Lincoln’s 1865 assassination.

The AOGHS has also reported that, during the Civil War Battle of Fredericksburg, Colonel Edward A. L. Roberts noticed the effect of artillery explosions on water-filled canals. The blasts forced water against the rock slabs that lined the canals, cracking them but also tamping the explosions enough to stop the canals from irretrievably crumbling.

In 1865, Roberts successfully reaped oil by exploding eight pounds of black powder in a water-filled well that had been drilled six years earlier in Northern Pennsylvania. According to the AOGHS, this ushered in the more successful era of oil well shooting.

In 1864, Roberts filed a patent for a torpedo to be used in water-filled wells. According to the AOGHS, Roberts received that patent on April 25, 1865. By 1865 Roberts was also issuing stock in the Roberts Petroleum Torpedo Company, which dangled gunpowder-filled torpedoes into oil wells. Roberts’ technique of “shooting the wells” increased oil flows as much as 40 fold.

A year or two later, nitroglycerin replaced gunpowder inside the torpedoes. By the 1940s, wells no longer relied on explosives at all. Instead, the modern method of applying high-pressure blasts of liquids through casings became de rigeur.

In the 21st century, the modern (and actually quite variable) mix of sands, chemicals, and water came into use, as did the practice of creating 90-degree angles in the casings. Casings that could be directed horizontally away from a well’s vertical drill and run far underneath terrain allowed well owners to “shoot” fracking fluid inside thousands of feet of rock and coal beds.

The Environmental Impacts of Fracking

The fluid used in fracking is mostly water, with sand and chemicals added in various proportions depending on the geologic characteristics of the beds to be fracked.

According to the United States Geological Survey (the science agency for the United States Department of the Interior), fracking a single well can require anywhere from 1.5 to 16 million gallons of water depending on “rock formation, the operator, whether the well is vertical or horizontal, and the number of portions (or stages) of the well that are fractured.”

However, as impressive as 16 million gallons may seem on first blush, that isn’t a particularly high figure compared to water use in other industries. A 2014 Duke University article published in the peer-reviewed journal Science Advances showed that fracking uses a negligible amount of the total water exploited by industry nationwide, though the article did also say that the water “footprint” of fracking is steadily increasing.

Even so, water consumption is very much on the mind of politicians such as Gavin Newsom, governor of the drought- and wildfire-stricken state of California. As reported by the San Francisco Chronicle, the Los Angeles Times, U.S. News and World Report, and the New York Times, Newsom hopes to ban fracking altogether in the state by 2024 and has begun denying permits for new wells.

The EPA has noted that any combination of 1,084 different chemicals are added to the sand and water mix. These include minerals, biocides, corrosion inhibitors, and gelling agents. Some (like methanol, ethylene glycol, and propargyl alcohol) are known toxins However, the degree of danger presented by many of the other chemicals is unknown.

Unfortunately, as reported by the National Resources Defense Council, a large percentage of fracking chemicals are not included in REPROTOX because, as long as a manufacturer deems a particular chemical formula to be a trade secret, no Federal law requires disclosure of the name or nature of the compound. What’s more, even if the compounds were named, the EPA would have no power to regulate them.

In 2005 a Safe Drinking Water Act amendment promoted by then-Vice President Dick Cheney’s Energy Task Force exempted fracking fluid from regulation. Not surprisingly, that amendment was quickly nicknamed the “Halliburton loophole,” as Cheney was once CEO of Haliburton, one of the world’s largest oil fields service companies and one of the largest manufacturers of fracking fluids.

Much of the chemical- and sand-rich fracking fluid shot through casings during fracking returns to the surface as wastewater, from where it is often disposed of by being infused deep below Earth’s surface into porous rock. Like that porous rock, the largely impenetrable coal and shale beds into which fracking fluids are originally “shot” typically lie thousands of feet below Earth’s surface. This means that the likelihood is low that fracking fluid will contaminate watersheds at either the drilling or wastewater disposal phases of the fracking process. At least that’s the theory.

Even so, plenty of instances of contamination have made news in reputable outlets such as the New York Times, the Guardian, the Philadelphia Inquirer, and Consumer Reports. What’s more, the number of actual cases of contamination may be huge.

In August of 2021, a large study conducted by economists evaluating the worth of environmental regulations was published in the peer-reviewed journal Science. It found that, while fracking fluids may not pollute watersheds right away, they seem to do so eventually. The economists analyzed 11 years of data regarding 40,000 fracking wells and surface water in 408 watersheds. Near fracked wells, they consistently found increases in the ions of three specific salts used in fracking fluids. This is not direct evidence of environmental poisoning; however, it does show that fracking fluids routinely infiltrate aquifers, and so implies that the toxic chemicals in them contaminate water.

Conventional drilling for oil and natural gas has long been known to produce air pollutants. When drilling is augmented by fracking, additional gas and dust pollutants are added to the atmosphere.

The natural gas that fracking helps extract is made up largely of methane, a powerful greenhouse gas that is more than 25 times more potent than carbon dioxide in warming Earth’s atmosphere.

Several parts of the fracking process require open burning (“flaring”) of methane. Methane’s contribution to global warming is particularly long-lasting. After its nine-year “lifespan” in the atmosphere, it oxidizes into carbon dioxide and continues to contribute to the greenhouse effect for another 300-1,000 years.

Fracking’s other contributors to air pollution include smog-producing compounds like nitrogen oxide as well as volatile organic compounds including benzene, toluene, ethylbenzene, and xylene, which are normally found in gasoline. Formaldehyde and hydrogen sulfide are commonly found, as well.

The American Cancer Society calls formaldehyde a “probable human carcinogen.” Benzene, toluene, ethylbenzene, and xylene all are associated with a range of central nervous system problems. Most are also implicated in respiratory problems.

As revealed by a 2014 study published in the peer-reviewed journal Environmental Health, air samples analyzed according to an EPA-approved method showed that, near fracking wells, levels of eight volatile chemicals including benzene, formaldehyde, and hydrogen sulfide exceeded federal guidelines.

The sand added to fracking fluid also contributes to air pollution. It’s used to keep fractures open. High-purity-quartz called “frac sand” is particularly crush-resistant. According to the Centers for Disease Control (CDC), “Each stage of the fracking operation typically involves hundreds of thousands of pounds of ‘frac sand.’” Mining frac sand introduces silicate dust into the air. That dust can cause silicosis, which inflames and scars lungs and, in its acute form, can be fatal.

Much of the wastewater produced by fracking is disposed of via “injection wells” that infuse it into porous rock deep underground. In 2015, geologists in Colorado and California published in the peer-reviewed journal Science the results of a study suggesting that injection wells are to blame for an “unprecedented increase” in the number of earthquakes in the central and eastern United States during the years 2009-2015. According to the study, from 1973-2008, 25 quakes of a magnitude three or higher were typical annually. Since the 2009 fracking boom, however, the average number has sky-rocketed, with over 650 occurring in 2014 alone.

None of those earthquakes have been catastrophic. Even so, in a separate 2015 study published in the journal Science Advances and concentrating on Oklahoma’s post-2009 flurry of earthquakes, Stanford University scientists explained that the infusion of wastewater from fracking into porous rock can cause critical changes in the pressure on already-stressed geologic faults. They noted, “Although most of the recent earthquakes have posed little danger to the public, the possibility of triggering damaging earthquakes on potentially active basement faults cannot be discounted.”

The Bureau of Land Management (BLM), the U.S. Forest Service (USFS), and the U.S. Fish and Wildlife Service (USFWS) have some oversight of oil and gas drilling on the lands they manage. By and large, however, fracking is regulated on the state level.

For a view of fracking regulations by state, explore the “Regulations” tab at FracFocus.org.