Olivia Rosane
Writer
Olivia Rosane is a freelance writer who focuses on environmental issues. Her work has appeared in EcoWatch, YES!, and Real Life Magazine.
Learn about our editorial process
Fact checked by
Yvonne McGreevy 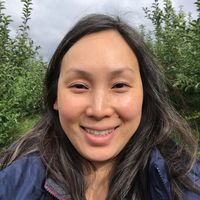 How many Weddell seals are there in the world?

The truth is, scientists didn’t really know. Until now. Researchers published the first-ever global population estimate of the iconic Antarctic seals in a September 2021 issue of Science Advances, and the results are surprising.

“The most important finding is that the number of seals is far less than we'd expected, only about 200,000 female seals,” study lead author and University of Minnesota research associate Michelle LaRue tells Treehugger in an email.

Weddell seals (Leptonychotes weddellii) have the southernmost range of any mammal that makes a permanent home in Antarctica. They also play an important role in the ecosystem of the Southern Ocean, the ocean surrounding Antarctica now recognized as the world’s fifth ocean.

“The reason Weddell seals are so important is because they’re a key indicator species for the Southern Ocean for two primary reasons,” LaRue explains in a video announcing the research.

Despite their remote home, Weddell seals are actually one of the best-studied marine mammals in the world, the study authors observe. Still, researchers weren’t able to count their actual numbers before now because they didn’t have the right technology.

“Satellite imagery that was detailed enough to see individual seals didn't exist until about 10 years ago,” LaRue tells Treehugger. “Previous efforts to estimate populations relied on counting them from ships or airplanes and that means only a few locations were able to be counted in any given year.”

Those estimates put the seals’ population at much higher numbers, around 800,000, the study authors note. However, that doesn’t mean the overall seal population has actually declined.

“Our estimate here should not be interpreted as evidence for a decrease, or any change at all, in the global population,” the study authors caution.

For one thing, the earlier estimates were based on a different habitat, pack ice instead of fast ice. For another, those counts may have included male seals, whereas the most recent count only included female seals. Finally, genetic evidence supports a seal population of around what the researchers counted.

Instead, this new, more accurate number can help researchers to map the population’s rise or fall in the future. Currently, Weddell seals are considered a species of Least Concern by the IUCN Red List, but their population trend—whether their numbers are rising or falling—is unknown.

“This provides an ever-important baseline for understanding their populations, which means we can now monitor how they do through time, by comparing to this benchmark,” LaRue tells Treehugger.

The new, more accurate count was made possible by satellite technology, but also by hundreds of thousands of citizen scientists. Volunteers were recruited through email lists, social media and sites like SciStarter, LaRue tells Treehugger.

The researchers worked with high-resolution satellite images taken in November of 2011 of the entire Antarctic coastline. The process of counting the seals worked in two stages, LaRue explains in the video.

First, researchers showed volunteers the satellite images of the fast ice and asked them to determine if seals were present or not.

“The seals look like little black blobs on this white ice,” LaRue says in the video, “and so when you’re looking at the image on your computer that’s taken from space, these seals are very easy to see.”

Then, the study authors went back to the images where seals were present and asked volunteers to count the individual seals.

The process was deceptively simple, but also a major accomplishment, and not just for the study of Weddell seals.

“To our knowledge, this study provides the first direct population estimate (e.g., counts of individuals) for the global distribution of any wide-ranging, wild animal species on Earth,” the study authors write.

Further, now that scientists have conducted the count once, LaRue says it will be easier to follow up and see how the seals’ population changes in the future.

“[N]ow that we know where all the seals are located (and how many there were in 2011), we can now return to those locations and continue monitoring efforts,” LaRue tells Treehugger.