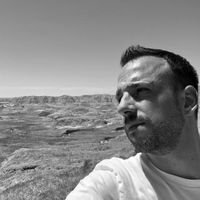 In the United States, weather headlines this summer have been dominated by freakish heat domes and historic droughts. In June, the former drove temperatures to record highs in the Pacific Northwest, where the usually mild cities of Seattle and Portland, Ore., saw temperatures as high as 108 degrees and 116 degrees, respectively, according to The Guardian. The latter, meanwhile, has made the American West as dry as it’s been in 1,200 years, NBC News reports.

On the other side of the Atlantic Ocean, Europe is having the opposite problem. Instead of extreme drought, it’s recovering from extreme flooding. According to the United Nations, Belgium, Germany, Luxembourg, and the Netherlands received up to two months' worth of rain in just two days on July 14 and 15—that too on ground that was “already near saturation.”﻿﻿

But how much rain, exactly, is two months’ worth of rain? Large portions of Western Germany saw 24-hour rainfall totals of approximately 4 to 6 inches, which is equivalent to more than a month’s worth of rainfall in that region, reports CNN, which says at least one Germany city—Reifferscheid, south of Cologne—received 8.1 inches of rain in just nine hours. The rain fell so hard, so fast, and in such large quantities that more than 125 people were killed in storms that caused floods, mudslides, and sinkholes.

“We’ve seen images of houses being … swept away. It’s really, really devastating,” Clare Nullis, a spokesperson for the United Nations’ World Meteorological Organization, said in a statement. “Europe on the whole is prepared, but … when you get extreme events, such as what we’ve seen—two months’ worth of rainfall in two days—it’s very, very difficult to cope.”

Unfortunately, people everywhere are going to have to learn to cope much better, according to scientists. Experts say climate change almost certainly played a role in the flooding and the climate crisis will make flooding events just like it more common in the future.

“This event shows that even rich countries like Germany are not safe from very severe climate impacts,” Kai Kornhuber, a climate physicist at Columbia University, told National Geographic. “I would be very surprised if this event just happened by chance.”

There are myriad complicated factors at play. One is temperature. For every 1.8 degrees Fahrenheit of global warming from climate change, National Geographic reports, scientists say the atmosphere can hold approximately 7% more moisture. And more moisture means more storms, which can translate to extreme flooding when they dump rain on ground that’s already wet, as it was in Central Europe.

Journalist Jonathan Wats, The Guardian’s global environment editor, explained it this way: “Human emissions from engine exhaust fumes, forest burning, and other activities are heating the planet. As the atmosphere gets warmer it holds more moisture, which brings more rain. All the places that recently experienced flooding—Germany, Belgium, the Netherlands … and elsewhere—might have had heavy summer rain even without the climate crisis, but the deluges were unlikely to have been as intense.”

Another compounding factor is storms’ speed. Because of Arctic amplification—i.e., the fact that the Arctic is warming faster than the rest of the planet, which can alter the jet stream in ways that stall weather patterns—storms may be moving more slowly, which allows more rain to fall on fewer places over long periods of time.

“We think these storms in general will become slower moving in summer and autumn because of Arctic amplification,” Hayler Fowler, a hydroclimatologist at England’s Newcastle University, told National Geographic. “This [flood] might be bigger in size and was almost certainly more intense because of climate change.”

According to a study published June 30 in the journal Geophysical Research Letters, the climate crisis is going to increase storms in Europe. The researchers used computer simulations to find storms in Europe could be 14 times more common by the end of the century.