By Dianne Erskine-Hellrigel, director of the Community Hiking Club in Santa Clarita, California.

I've hiked, fished, picnicked, and camped in the Angeles National Forest for as long as I can remember. My mother had me toddling along the trails after her when I was two. As a child, I would look up at those dramatic peaks in anticipation of my next visit. Needless to say, I've grown up loving the Angeles National Forest. Nearly every weekend, my family was in the forest playing. We all loved it. We loved the fresh air, the running rivers, and the beautiful land. This diverse, mountainous region, whether it be chaparral, pine forest or desert is beyond beautiful.

It's been many years since my childhood in the forest, and yet, I still feel the same love and appreciation for them. Angelinos are so fortunate to have this jewel right in their back yard. Every single resident living in the county, and beyond, should visit the forest. The forest can "center" and revive you after a long, hard week. The fresh, clean air and the rushing river or trickling brook is the most delightful of sounds. When I need solitude, I head to the mountains.

On October 10, 2014, President Obama signed a proclamation deeming a good portion of the Angeles National Forest a National Monument. We hope that this designation will bring about some very badly needed changes to the forest.

Living in Santa Clarita, the second largest city to abut the forest, we have no access to the forest. I’ve been involved in reviving an old trail from the 1930s in our end of the forest, which, when completed, will be the only viable trail in our area in the National Monument. Lots of people complain around that forest perimeter that there is little parking, no restrooms, crowded trails, etc. But here, near Santa Clarita, we have NO trails. We have to drive at least an hour and a half to get to a trail head within the forest, and there we find no parking, no restrooms, and crowded trails. Even when the Dagger Flat Trail is completed here, we will have to walk in four miles, uphill, just to reach the trail head because the road leading to it is closed to the public.

With this new designation, we are hoping that the areas that Angeles National Forest officials have closed for one reason or another will be repaired, restored, and protected sufficiently to be able to be reopened. It is one of the many on the ground requests that the San Gabriel Mountains Forever Campaign has submitted to the U.S. Department of Agriculture. 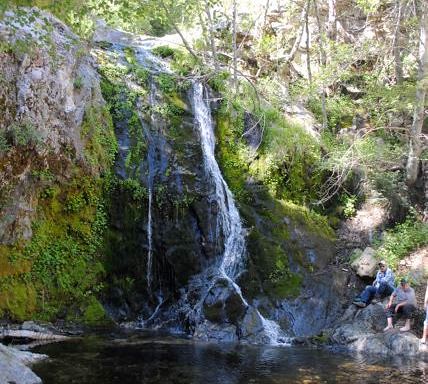 I have mapped more than 25 potential trails and connector trails in the forest. It is my dream that these trails will be developed over the next 10 years, and people will be able to hike from Santa Clarita to Rancho Cucamonga. If this becomes a reality, every congressional district will be connected by a series of trails. All trails will be multi-use with the potential for primitive campsites along the way.

I praise the San Gabriel Mountains Forever Campaign for working so hard for the last 10 years to make this dream a reality, and I would like to thank the President for signing this proclamation into law.

Santa Clarita welcomes the new San Gabriel Mountains National Monument
A long-time SoCal resident talks about why the new national monument is such an important victory.

A Plea for the Greater Canyonlands

The rise of the "divided closet"

8 natural & homemade insecticides: Save your garden without killing the Earth

In the future, the office will be a coffee shop

12 ways to get rid of slugs naturally

32 companion plants to grow with your peppers

I'd rather be a 'reducetarian' than a vegetarian

The troubling link between self-care and capitalism

9 old-fashioned habits that I stubbornly cling to

Why is it so hard to keep my house clean?