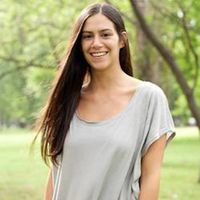 Paula Alvarado
Writer
Paula Alvarado is an Argentine journalist who wrote for Treehugger for 7 years. She continues to write about sustainability for various publications.
Learn about our editorial process
Transportation

Although the city already had a private bike-sharing program, the government of the Mexican capital has recently launched the official Ecobici. The initial phase includes 85 stations across the city and over 1,000 bikes. More inside.It was about time the city launched this program, which was announced a while ago but took much public work to improve bike infrastructure.

Since last February 17, the system is up and running. Its goal is to reduce the number of vehicles that go through the city everyday (over 5 million), while recovering public space, reducing pollution, and improving life quality.

As mentioned, the initial phase includes 1,000 bikes in 85 stations (although so far only 50 stations are fully functional), which can be taken for 30 minutes a trip with an annual cost of 300 pesos (about 23 US dollars). Registration is all made online through the system's website.

Stations are located at about 300 meters from each other, in areas like colonias Cuauhtémoc, Juárez,Roma Norte, Hipódromo Condesa and Condesa. It is expected that about 24 thousand people will make use of the system.

As you can see from the photos, the official Mexican take on bike-sharing is very similar to those of Barcelona and DC (btw, why are all of the bikes red?). After only a few days of its launch, about 1,000 people have already registered to the system, according to Milenio.