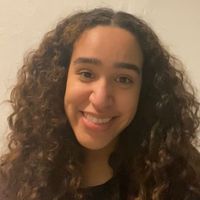 Gabriella Sotelo
Writer
Gabriella Sotelo is a journalist who covers the environment, climate change, and agriculture. She will earn her Bachelor's degree in Journalism and Environmental Studies from New York University in May 2021.
our editorial process
Gabriella Sotelo
Fact checked by

As the United States enters the summer season, temperatures increase and in doing so, urban heat stress starts to become a danger to public health. This risk is higher for some cities and people in the U.S. as there is a disproportionate exposure to surface urban heat island intensity, according to a recent study published in Nature Communications.﻿﻿

Researchers found “the average person of color lives in a census tract with higher summer daytime surface urban heat island (SUHI) intensity than non-Hispanic whites in all but 6 of the 175 largest urbanized areas in the continental United States.”﻿﻿

Surface urban heat island, or better known as a heat island, are areas where structures such as roads and buildings that absorb and re-emit the sun’s heat. Metropolitan areas tend to have this infrastructure in concentrated areas and become this "island" where the area will undergo higher temperatures than the surrounding areas. In 2017 more than three-fourths of the population in the United States lived in urban areas.

The distribution of SUHI intensity during the day is worse for people of color and for those in low-income communities in comparison to their opposites. If the disparities continue, these groups will keep on suffering from greater heat exposure. Currently, Black people in the United States have the highest average SUHI exposure, while Hispanics have the second-highest level, and non-Hispanic white people have the lowest exposure.

For a greater example, in New York City there was a positive correlation in higher heat-related mortality rates and poverty in neighborhoods, and at the national level, there were greater heat-related mortality rates in non-Hispanic American Indians/Alaska Natives and in Black Americans than those of non-Hispanic whites.﻿﻿ Few cities with white populations are exposed to a SUHI intensity that is greater than 3.6 degrees Fahrenheit (2 degrees Celsius) while the number of cities for people of color is 83.﻿﻿ For below-poverty populations that are exposed to a SUHI of more than 3.6 degrees Fahrenheit, there are 82 cities.﻿﻿

"Our study helps to provide more quantitative evidence that climate racism, environmental racism exists," Angel Hsu, lead author of the paper and an environmental policy expert at the University of North Carolina, Chapel Hill, told The BBC. "And it's not just an isolated incident, it's pervasive all across the United States."

Certain age demographics can also be vulnerable to SUHI. For example, the Intergovernmental Panel on Climate Change (IPCC) has found the increasing intensity and frequency of extreme heat, which includes the urban heat island effect, can be a hazard to certain groups. It was found that 39% of heat-related deaths are from people who are 65 years old or older. However, the Nature Communications paper noted the disproportionate effect and found that “non-white populations over the age of 65 or less than 5 are still exposed to higher levels of SUHI than their white counterparts.”

The study also noted areas that were redlined during the 1930s are currently hotter than their non-redlined counterparts.﻿﻿ Currently, these areas are predominantly lower-income areas and areas that house mostly people of color. Redlining was the systematic denial of services (like loans or insurance) based on the area people lived, this was concentrated and based on black and minority homeowners, and was banned in the Fair Housing Act of 1968. However, the effects of redlining still linger. In 108 cities in the United States, the neighborhoods that were redlined are exposed more to the heat island effect.

The strategies to combat the urban heat island effect include increasing the presence of urban vegetation or green spaces that can benefit communities. Planting trees in minority neighborhoods and in low-income communities were shown to reduce summertime day temperatures by 2.7 degrees Fahrenheit (1.5 degrees Celsius), however, this action can also increase housing costs and property values, which displace the residents the policy was meant to help.

“Evidence suggests that homeowners value cooler temperatures and that local temperature differentials are capitalized into housing prices. It is therefore unsurprising that people living below the poverty line have higher average temperature exposures than those at over two times above the poverty line in 94% of major urbanized areas in our study.”

When creating policies and strategies to combat SUHI intensity, the report notes the importance of considering sociodemographics as well as the background climate differences. One strategy that is noted in the study and other studies the importance of "coproduction," which is involving citizens and the community in the planning decisions, and tailoring their environmental policies.