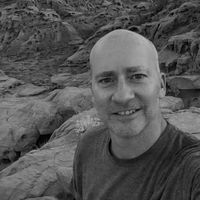 Learn about our editorial process
Fact checked by
Haley Mast

The unbearable conditions experienced by millions of Americans during this summer’s excessive heatwave could be here to stay. Scientists from across the globe have been studying the effects of climate change for decades and what they’re finding is that extreme heat witnessed in recent years is not an outlier, but a prediction of what’s to come.

An extensive new study of more than 13,000 cities worldwide found that the number of days people are exposed to extreme heat and humidity has tripled since the 1980s affecting one-quarter of the world’s population, according to a recent report published in the Proceedings of the National Academy of Sciences.

Using infrared satellite images and readings from thousands of ground instruments between 1983 to 2016, scientists logged and compared the maximum daily heat and humidity readings in 13,115 cities and created a baseline extreme heat index. Taking into account the effect high humidity has on human physiology, they defined extreme heat at 30 degrees centigrade and assigned it as the “wet bulb” starting point. For reference, a wet bulb reading of 30 is equal to 106 degrees Fahrenheit—a temperature considered by many to the point when people find it difficult to be outside.

What researchers discovered was that it wasn’t just rising temperatures and the results of climate change that led to more of the world’s population living in uncomfortable, and sometimes dire, conditions. They found population growth in urban areas also had a direct effect on overall higher wet bulb readings.

The report concluded that the number of days those living in cities experienced extreme conditions has tripled, rising from 40 billion per year in 1983 to 119 billion in 2016, and determined that urban population growth was responsible for two-thirds of the spike. Researchers blame the migration from rural areas to urban centers on climate change. Rising temperatures in water-scarce areas are making some hot zones unlivable.

“A lot of these cities show the pattern of how human civilization has evolved over the past 15,000 years,” said Cascade Tuholske, a researcher at Columbia University’s Earth Institute and the study’s lead author. “The Nile, the Tigris-Euphrates, the Ganges. There is a pattern to the places where we wanted to be. Now, those areas may become uninhabitable. Are people really going to want to live there?”

It’s been proven that cities with dense populations and few parks and trees tend to see hotter, more extreme temperatures. Poor urban planning and community designs are at fault for much of the consequences of the urban heat island, especially in fast-developing American cities.

While population growth is to blame for the increasing wet bulb numbers in Las Vegas, Nevada, Savannah, Georgia, and Charleston, South Carolina, rising temperatures in Gulf Coast cities like Baton Rouge, Louisiana and Gulfport, Mississippi are the main factor there, while several Texas cities experienced both high heat and population growth.

Now some cities are trying to reverse the urban heat island effect by reintroducing vegetation back into its city centers. They’re building parks, adding green spaces, replacing medians with tree-lined streets and planting rooftop gardens. Los Angeles is even painting some streets white in an effort to lower temperatures and combat global warming.

The Environmental Protection Agency has put out a roadmap of suggestions in what cities can do to reduce the urban heat island and have a positive impact in lowering temperatures in the urban core.

And while the pandemic and work-from-home mandates did lead to a slight shift in the U.S. as some people fled cities for the flowery suburbs, it’s a trend that’s likely to be short-lived. The only way to really lower temperatures in our cities is to plant drought-tolerant trees, shrubs, and grasses and incorporate green infrastructure into the planning process.