Melissa Breyer
Editorial Director
Melissa Breyer is Treehugger’s editorial director. She is a sustainability expert and author whose work has been published by the New York Times and National Geographic, among others.
our editorial process
Melissa Breyer
Fact checked by 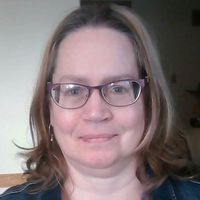 More than just a bolt from the blue; welcome to the wild world of lightning strikes.

The year was 1969 when Steve Marshburn, Sr. was struck by lightning. He wasn’t out golfing or fishing, he was working inside a bank. Lightning found a path through an underground speaker at the drive-through window and worked its way to the stool where he sat.

"I still have the migraines," Marshburn told NPR. "The lightning – when it hit my back, it went up my spine, went to the left side of my brain and scorched it, came down, went out my right hand that was holding a metal teller stamp."

Which goes to show, lightning is an unruly beast; hard to predict and filled with surprises. And according to data collected by the National Weather Service, more than 260 people have been killed by lightning strikes between 2010 and 2020 -- more than 20 deaths per year.﻿﻿

1. The United States is struck by lightning about 25 million times a year. While the majority of these strikes occur in the summer, people across the country – as well as around the world – can be struck at any time of the year.﻿﻿

2. That a bolt of lightning can find and strike a person directly seems so random, but in fact, people can still be hurt or killed by lightning without being struck directly.﻿﻿ People can fall victim to an indirect lightning strike when a current jumps to them from a nearby object, as well as through conduction and ground current.

3. Because ground current strikes affect a much larger area than the other causes of lightning casualties – the current travels over the surface of the ground – this type causes the most lightning deaths and injuries.﻿﻿ It's especially bad for livestock.

4. As evidenced by Marshburn’s experience, you don't have to be outside to be harmed by nearby lightning.

5. Brain injuries are the more common injury – rather than burns – from lightning strikes.﻿﻿

6. Lightning strikes can create enduring lifelong discomfort because they cause nerve damage that makes the nerves misfire, which the brain reads as pain.﻿﻿

7. The number of annual strikes is much less than in the 1940s when 300 to 400 people died annually. John Jensenius from the National Weather Service explains, "Most homes had corded phones. So a corded phone, when people held it right up to their head, was a direct connection with wires outside." Also, more farmers sitting on open tractors added to the numbers.

8. While people think golfers are at highest risk of dying, between 2006 and 2019, the risk was four times greater while fishing than while golfing.﻿﻿ Camping and boating each accounted for two times as many deaths as golf.

9. During the same period, the majority of victims were male between the ages of 10 to 60; almost two thirds of them were engaged in outdoor leisure activities before being struck.﻿﻿

10. To measure the distance of lightning, count the seconds between flash and thunder and divide by five; the number is how many miles the lightning is from you.﻿﻿

11. During thunderstorms, lightning can strike up to 10 miles away. That distance is when you can just begin to hear thunder, which is why safety experts urge us to go inside as soon as we hear a distant rumble. Many victims have been either heading to safety at the time of the fatal strike or were just steps away from safety.

From the National Weather Service:

Tips if You're Caught Outside Without Safe Shelter

And in a story on lightning in The Week, Charlotte Huff also recommends to "look for a ravine or a depression. Spread out your group, with at least 20 feet between each person, to reduce the risk of multiple injuries. Don't lie down, which boosts your exposure to ground current."