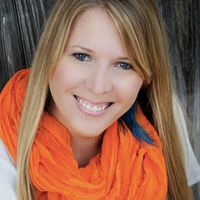 Stacy Tornio
Writer
Stacy Tornio has authored more than 15 books about nature and gardening. She is a master gardener and master naturalist.
Learn about our editorial process
Animals

The term "warbler" is used to describe many species of small, often colorful songbirds that hail mostly from the Sylviidae, Parulidae, and Peucedramidae families of the order Passeriformes. Because they are grouped together by their characteristics rather than their DNA, there is great variation within the roughly 120 species of New World warblers and nearly 350 species of Old World warblers. Catch these vocal insectivores singing their signature melodies in gardens, woodlands, and marshes from the Amazon to the deserts of Asia.

Here are 12 of the most fascinating warblers found throughout the U.S.

The American redstart (Setophaga ruticilla) is a widely distributed warbler found in most deciduous woodlands throughout the eastern U.S. and parts of the West and Canada. Males are coal-black in color and have contrasting patches of bright orange on their sides, wings, and tails — which they flash to startle prey. Females may have yellow patches, too, but some have more of a blue-gray hue. Both sexes have quite long and expressive tail feathers and wide, flattened bills.

The black-throated blue warbler (Setophaga caerulescens) may appear to be all black at first glance due to its charcoal-flecked, dark blue coloring. This is true for the male only, as these warblers are strongly sexually dimorphic. Females have more of an olive-brown coloring with yellow underbellies and gray crowns, rather. Both sexes can be identified by their thin, pointy bills and barely noticeable white wing patches. The black-throated blue warbler is endemic to the mountainous regions of the northeastern U.S. and southeastern Canada, but it winters in the Greater Antilles.

Also known for its characteristic throat coloring, the black-throated green warbler (Setophaga virens) has a lemon-colored face and a greenish sheen on its back, which helps it blend in with canopy in the coniferous and mixed forests it inhabits throughout the eastern U.S. and western Canada, or the cypress swamps of the South. Apart from its appearance, birders know this New World warbler by its unique song, which has been transcribed as "trees trees I love trees," according to the Cornell Lab of Ornithology.

The way black-and-white warblers (Mniotilta varia) climb up the trunks of trees aligns more with nuthatch behavior, but nonetheless, it falls into the New World warbler category because of its high-pitched song (a "wee-see" sound repeated at least six times in succession). The source of the melody is a bird covered in striking black-and-white streaks all over. It spends its summers in northern and eastern regions of the U.S. and winters in Florida or as far south as Peru.

Blackburnian warblers (Setophaga fusca) are some of the most striking and easy to spot. They have bright orange heads (the only bird exhibiting a brighter orange is the oriole), black-and-white striped bodies, black crowns, and triangular ear patches. They are the only North American warblers with orange throats. Females and immature males are typically a paler shade of yellow and have two distinctive white wing bars. They breed in eastern North America, from southern Canada down to North Carolina, and winter in Central and South America. When listening for this warbler, wait for the particularly high-pitched final note.

The Cape May warbler (Setophaga tigrina) is easily distinguishable due to the black tiger stripes on its breast and the chestnut patch around its ear — a feature only males have. Both sexes are mostly yellow, but males have darker crowns. This bird spends its summers in northern spruce woods and winters in the Caribbean. Its song is a string of four or more high-pitched, thin "seets" that don't change in pitch or volume. It's similar to the song of the bay-breasted warbler.

Another blue warbler, the cerulean iteration (Setophaga cerulea) is set apart by its streaky underside and the distinctive black “necklace” that runs across its throat. Even with its unique markings and bright coloring, the birds are difficult to spot as they tend to remain 50 feet above ground, in the lofty canopy of white oaks, cucumber magnolias, bitternut hickories, and sugar maples throughout the eastern U.S. and extreme southern Canada. They spend their winters in South America.

One look at a male hooded warbler (Setophaga citrina) will reveal how the species earned its common name. Its vibrant yellow face is encircled by a dark black "hood." Females' aren't as dark, but they still have a prominent shadow of the genetic marking. Both sexes' tail feathers have white tips and undersides, but the white detailing is more pronounced in females. The hooded warbler breeds in southern Canada and along the eastern U.S. and winters in Central America and the West Indies. Its song has been described as a "wheeta wheeta whee-tee-oh."

The magnolia warbler (Setophaga magnolia) goes by the nickname “Maggie” and is perhaps one of the easiest warblers to spot because it tends to stay low in the trees. It has a very distinct yellow coloring, black-striped stomach, yellow throat, and white-flecked head and feathers. Females and immature males have the same patterns, but are duller in color. The magnolia warbler can be found throughout northern Canada and sometimes the Midwest and northeastern U.S. except during winter, when it holes up in southern Mexico and Central America.

The northern parula (Setophaga americana) is known for its song, a long "zee" followed by a short "yip." The Cornell Lab of Ornithology describes its signature sound as "a rising buzzy trill that pinches off at the end."

Birders are likely to hear it before seeing it as it spends most of its time hidden away in the trees of eastern North America. The northern parula is plump and has a short tail, pointy bill, blue-gray upper parts, and a yellow breast that fades into a white underbelly. In the summer, breeding males will also have prominent white eye crescents.

Don't mistake the palm warbler (Setophaga palmarum) for a boring bird. Despite its common coloring (brownish-olive with patches of yellow under the tail and throat), it is set apart by its chestnut cap and the way its tail bobs up and down when it's perched in the trees. This bird stays low, often times at ground level, and can be found around open coniferous bogs east of the Continental Divide.

One of the most fascinating things about prothonotary warblers (Protonotaria citrea) is that they nest in cavities, such as tree holes or birdhouses. They are relatively large but have shorter tails and legs than most other warblers. Adult males have bright yellow-orange heads, olive backs, blue-gray wings, and long and pointed bills.

They are most populous in the southeastern U.S. but also occur in the North and Midwest. One of the best places to see them is in northwestern Ohio, "the warbler capital of the world." This area is home to the Biggest Week in American Birding festival each May.