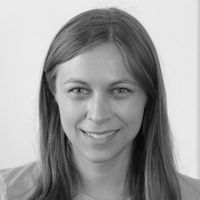 Senior Editor
Maggie Badore is an environmental reporter based in New York City. She started at Treehugger in 2013 and is now the Senior Commerce Editor.
our editorial process
Margaret Badore
Fact checked by

Today, Jan. 19, 2021, the Biden Administration announced an update to the social cost of carbon.﻿﻿ Although the term may be unfamiliar to some, others call it “climate change’s most important number.”

A document published on the Federal Register by the Council on Environmental Quality, announced that federal agencies should return to the 2016 guidance that was established under President Obama for at least the next year.﻿﻿

What is the Social Cost of Carbon?

We know that if we continue to produce planet-heating carbon emissions, catastrophic climate change will result in trillions of dollars in damages globally. Those costs include things like direct damage and crop loss from extreme weather, but also lost productivity and avoidable deaths. These are the “external costs” of pollution, costs that otherwise remain hidden.

The social cost of carbon is a way to evaluate these external costs, and puts a dollar value on every ton of carbon pollution that’s emitted into the atmosphere. It’s a way for governments to figure how much polluting today will eventually cost them in the future.

Unlike a carbon tax, which increases the cost of polluting and is paid by fossil fuel users, the social cost of carbon isn’t actually paid by anyone. Rather, it’s a tool that can be used to help understand the cost of inaction, if the price is set correctly.

The calculations are pretty complex, and we won’t get into them here, but the key takeaway is that a higher price makes it much easier to get ambitious environmental protections.

How the Social Cost of Carbon Came to Be

The Obama Administration was the first to require that the social cost of carbon be factored into any new federal policy, as part of the cost benefit analysis. At the time, they set the social cost of carbon at about $50 per ton.﻿﻿ This made it easier for government agencies like the EPA to make the case for polices that reduce pollution, even if those policies are associated with other upfront costs.

The Trump Administration didn’t actually get rid of the social cost of carbon as part of its efforts to roll back environmental regulations. Rather, it recalculated the cost, lowering it to under $1 per ton.﻿﻿ Functionally, that allowed federal agencies to operate as if polluting today will not cost us anything in the future.

On his first day in office, President Biden signed an executive order to recalculate the social cost of carbon along with a number of other climate-related measures. Prominent economists and environmental watchdog groups have made the case for a much higher social cost of carbon, closer to $125 dollars per ton.﻿﻿ A temporary number was released today, and a fuller accounting is due next year.

The guideline released today moves the price back up to around $50 per ton temporarily, until the Council on Environmental Quality can come up with a new methodology to produce a final number. That’s a disappointment to anyone who might have hoped that the Biden administration would come up with a higher interim figure, but it’s a vastly higher number than what the government would be operating with if the number had been left at the levels set by the Trump Administration.

The bottom line is that the social cost of carbon has been added back to the toolbox of measures that the United States is using to address climate change, and that could have an impact on nearly any rule the federal government might make. However, to make the changes we truly need to address the climate crisis, we'll need many more tools, and a lot more ambition.