The Lomi by Pela is our testers' top choice.

Arricca SanSone
Arricca SanSone is a health and lifestyle writer, specializing in home, kitchen, and gardening. She has written for Dotdash Meredith since 2019.
Learn about our editorial process
Margaret Badore

Treehugger's Best Overall is Lomi by Pela. The Vitamix FoodCycler is also great, for about $100 less.

It’s a sad fact, but food waste is a major issue around the world. From banana peels to spoiled leftovers, it adds up more quickly than you might think. In fact, the EPA estimates that 42.8 million tons of food waste ended up in landfills or combustion facilities in 2018, the most recent year for which we have data.

But reducing food waste isn’t always easy. Composting it is a great option, but not everyone has a home with space to accommodate a traditional compost bin. Depending on environmental conditions and what you add to the pile, composting can take months to a year to break down into a usable form.

In many other countries where living space is at a premium, such as Asia and Australia, electric food recycling machines, also known as electric composters, make short work of food scraps. Not only do these machines reduce the amount of waste that must be tossed, the finished product also can be added to gardens as a nutrient-rich compost or soil conditioner instead of ending up in a landfill.

Unfortunately, some models have not made it to the United States and others (like the NatureMill) have been discontinued. We've tested the top two models currently available in the United States.

Here are the best compost machines, according to our testing: 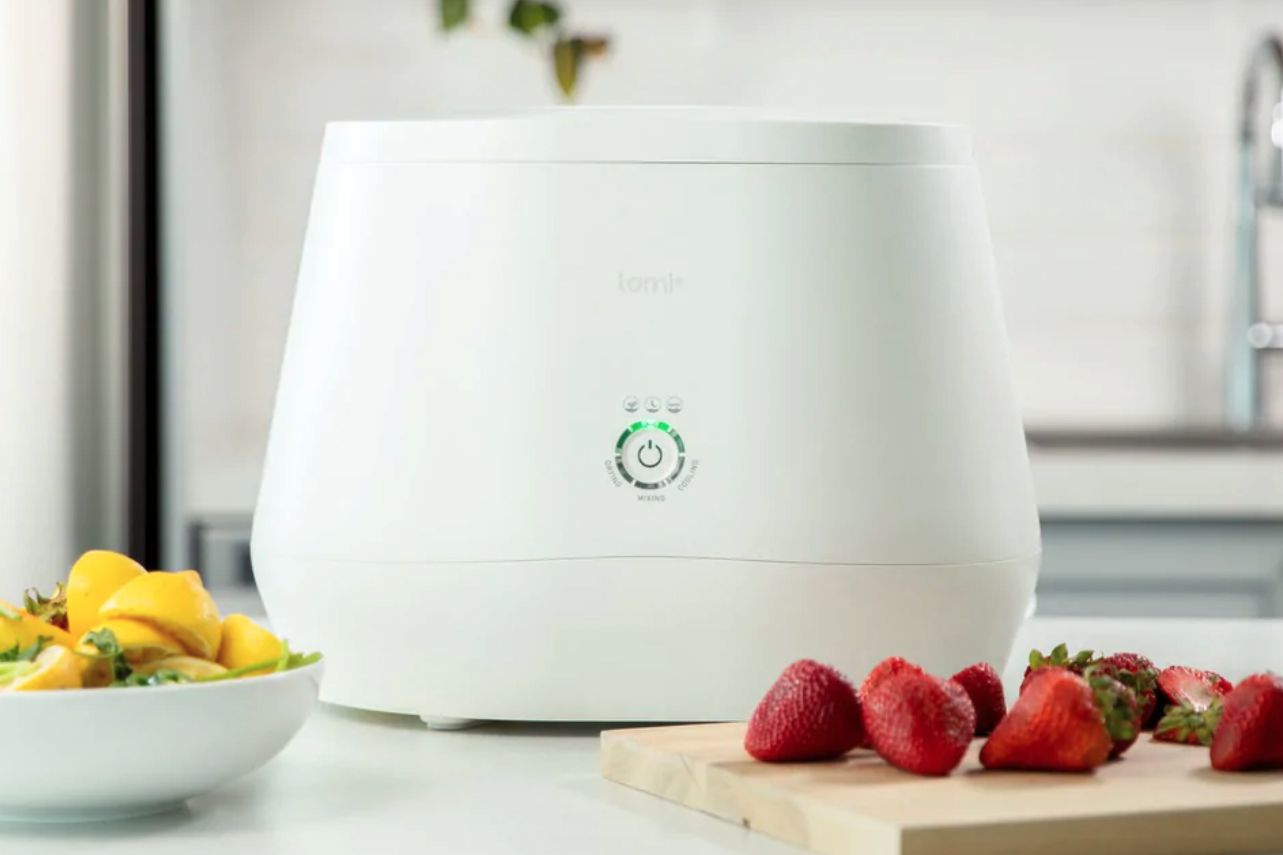 View On Pela.earth
The Lomi Composter Is Best in Class

After using the two most popular compost machines on the U.S. market, Lomi is the clear winner. Not only can it reduce the volume and weight of food scraps and soiled paper (like greasy paper bags or used paper napkins), it can even even process some bioplastics, which are otherwise hard to compost at home. Our testers found that it's easy to use, doesn't stink, and turns kitchen scraps into a soft and light mulch-like substance.

The Lomi's three modes are what sets it apart from its main competitor, the FoodCycler. The first mode is the Eco Express, which is the fastest, and can process just about any food waste, including cooked grains, fruit and vegetable peels, coffee grounds, and egg shells. The output can be cured and used on plants, or added directly to compost. The second setting is the Grow Mode, which can take about 12 hours but can be used to make finished compost that goes directly on plants. The final mode is call "Lomi Approved" and can be used to break down bioplastics that have been tested and approved by Pela.

The main con of this machine is that it is more expensive than its competitor. It also can't process bones or hard fruit pits like those from peaches or avocados.

"The Lomi is flawless. Really. It's quite literally turns my food waste to dirt and does so quickly and without producing a smell." ~ Treehugger Tester 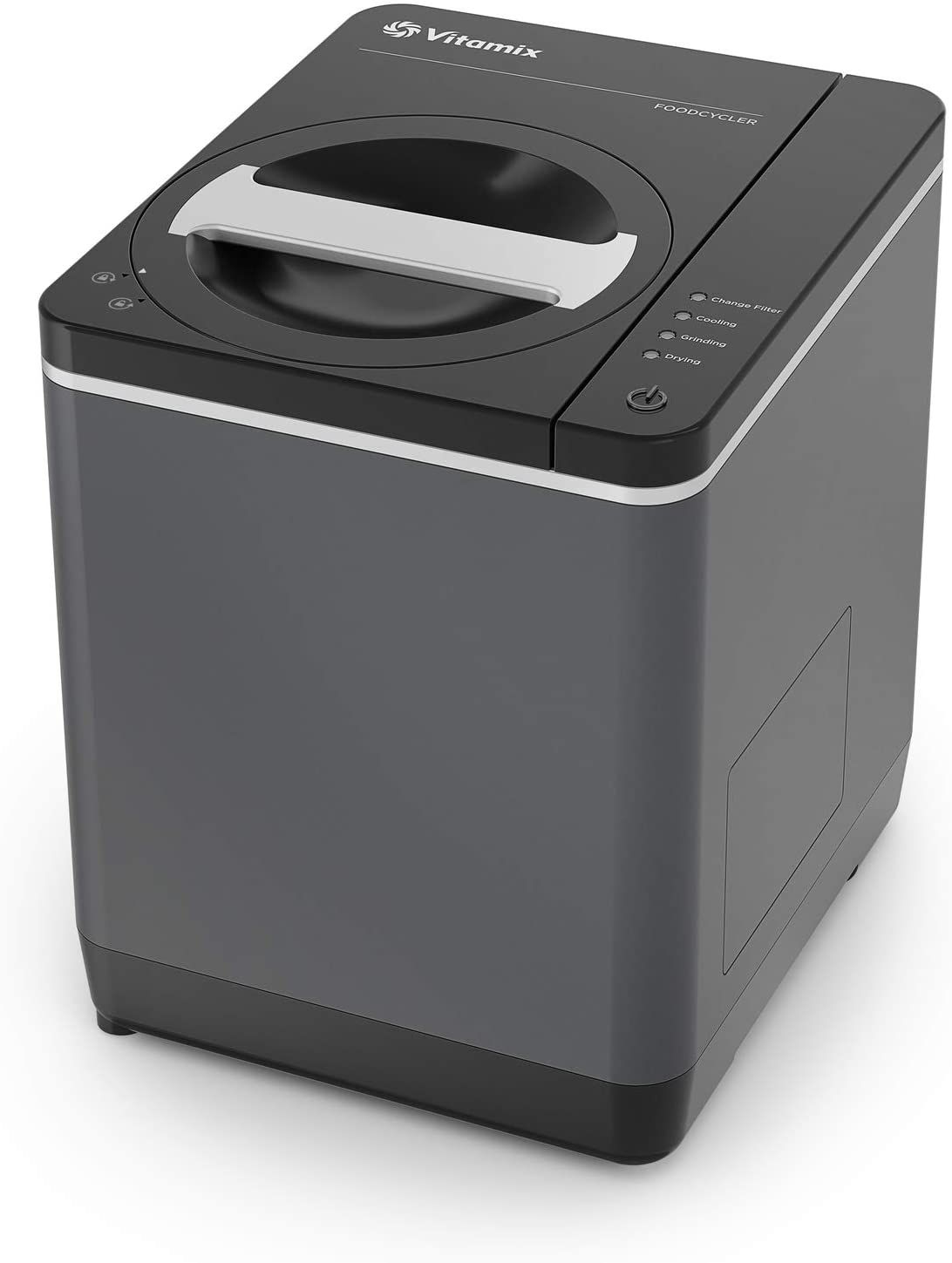 View On Amazon View On Wayfair View On Food52

Toss fruit cores, peels, dairy, and even chicken or fish bones into the dishwasher-safe waste bucket, press a button, and the unit gets to work drying, grinding, and cooling scraps. The end result is a pleasant-smelling mulch-like substance that's ready to be worked into the soil. The entire process takes several hours. It only requires one cubic foot of space (about the size of a bread machine) on your counter, and its stainless finish is attractive enough to blend in with the rest of your kitchen.

A carbon filter lid controls odors. The unit does require electricity, but it’s quiet so it’s not annoying. It comes with a 3-year warranty. The 10.5 cup capacity bucket is small though, so if you have a big family, it may be tough to handle all your scraps, and it can't handle bioplastics like the Lomi. However, it's about $100 less expensive than our Best Overall pick.

“Using a FoodCycler is kind of like magic. It’s impressive how well it works to create a nutrient-rich fertilizer that can be used in many ways around the garden. However, I wouldn’t add it to indoor houseplants without letting it cure first. A friend of mine tried this and it attracted fruit flies.” ~ Treehugger Tester 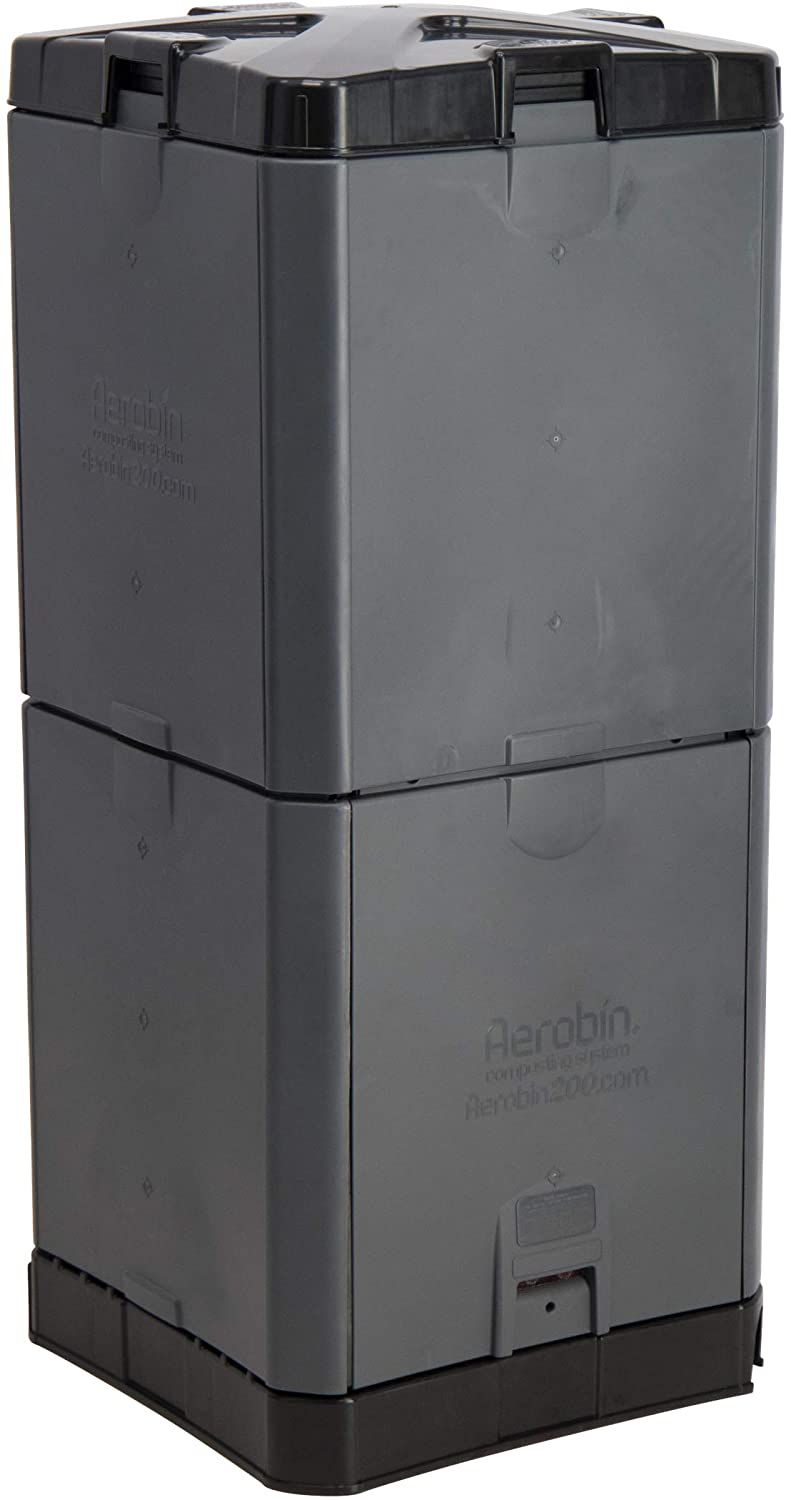 Though not exactly a machine, this 7-cubic foot capacity hot composter has a patented aeration tube that runs vertically through the composter to speed up the process compared to the typical compost bin. The system allows the bin to retain heat generated by the aerobic composting process. Materials heat up quickly, so they break down more quickly, and you don’t have to turn or agitate the contents.

It’s also insulated to enable year-round composting and requires no electricity. The reservoir base collects 2 gallons of compost tea, which can be drained through the spigot. The unit, designed in Australia, has a 3-year warranty.

Although options are limited in the United States, the Lomi by Pela is our top pick for its quick processing that occurs with a touch of the button. However, the Vitamix FoodCycler FC-50 is also an excellent composter, for a lower price.

At Treehugger, we know that composting is powerful solution to environmental issues like food waste and climate change. We strive to help our readers learn about the many composting options available to them. Our writers and editors have first-hand experience using a wide range of composters.

Arricca SanSone specializes in writing about home, shelter, and gardening. To make this list, she exhaustively researched the market to determine what machines are most effective and easily available.

Margaret Badore is Treehugger's Associate Editorial Director. She is obsessed with compost, and has spent months testing compost machines, including the FoodCycler and the Lomi.