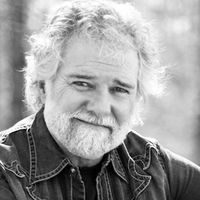 For this month's Ask Chuck column, a reader asks: How does rock 'n’ roll address and play a future role in inspiring environmental activism in the current and next generation?

You know, when you think about it, there are quite a lot of musicians, actors, and other entertainers who have some kind of active role concerning the environment, as well as other causes. Folks like Bono, Willie Nelson, Neal Young, Rihanna, Meryl Streep, Don Cheadle, Robert Redford, Daryl Hannah, Ellen DeGeneres, Leonardo DiCaprio, and many others have advocated in some way for the planet.

There have been a lot of songs written that have an environmental theme, like my pal Bruce Hornsby’s “Look Out Any Window.” There’s Marvin Gaye’s “Mercy, Mercy Me (the ecology),” Neal Young’s “Who’s Gonna Stand Up?,” Joni Mitchell’s “Big Yellow Taxi,” Michael Jackson’s “Earth Song,” Joe Walsh’s “Song for a Dying Planet,” and so many more. Think about the movies that have had environmental themes: “Avatar,” “Erin Brockovich,” “The Human Element,” “Silent Running,” “Soylent Green,” and the list goes on.

I hope and believe that these songs, films, and other means (such as documentary films) actually DO have an impact on the way people think about our environment and other causes. The entertainment field has tackled this time and time again within the means of their talent.

With that said, I believe all of us in the entertainment field need to be careful about getting “preachy”—especially when we are on the stage. I feel that when we are up there to rock, we don’t need to beat people over the head with long-winded dissertations about whatever cause we might be championing. Short mentions here and there, little hints, comments, sure, but my feeling is that when people come to a concert, they want MUSIC! Singing songs about causes is a good thing, as long as you don’t make a whole set out of it.

So, at least in my opinion, while it can be helpful to use one’s platform to push a cause along, it’s OK as long as it’s done in a tasteful way and in small doses. Now, once we are off the stage, doing interviews and such, I think that can be a good time to discuss one’s feelings about these subjects more in-depth. As long as you know what you’re talking about and don’t go overboard with it. I think it can be much more effective to be thoughtful and knowledgeable when we as entertainers support certain causes.

I certainly hope that my own discussions about the environment in interviews, our efforts here at Treehugger, and the other means I’ve employed through various media have made a positive difference in some folks’ thoughts, and have helped at least a little bit in facing the challenges in front of us.

Chuck Leavell is the pianist for the Rolling Stones—he has also played with George Harrison, the Allman Brothers Band, The Black Crowes, Blues Traveler, Martina McBride, John Mayer, David Gilmour, and many more. He is a conservationist and forester who co-founded the website Mother Nature Network and became Treehugger's editor-at-large in 2020.

Do you have a question for Chuck? Leave a comment, or write to us at contact@treehugger.com with "Ask Chuck" in the subject line.