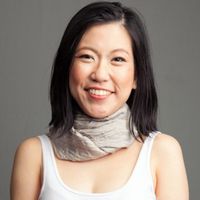 Our commander-in-chief Graham Hill, who is currently schmoozing it up with the intelligentsia at TED, just sent us a mysterious missive from his BlackBerry: "Makes vending machines to give crows peanut in return for Crow makes hook with wire. Amazing vid."

We were able to decrypt his message only with help from Boing Boing. The gist? A tech hacker named Joshua Klein has constructed a vending machine that teaches crows to deposit coins in exchange for some juicy peanuts. Klein discovered that the smart and adaptable avians would place the nuts on the road so that cars would run over them and crack them open. That's not even the most astonishing part of this experiment. The birds would then wait for the traffic signal to change, before picking up their food.

Before you ask, yes, there's a point to all this. Klein is hoping to eventually train crows to perform search and rescue (though of what, we're unclear), or to collect garbage. Another idea he has is to place one of his vending machines in a theme park to help people regard crows as more than just vermin, while increasing the birds' cognitive abilities.

His machine uses Skinnerian training. He put coins and peanuts around the machine. The crows eat the peanut on the feeder tray. Then Joshua took away the nuts and left coins in the feeder tray. It pisses off the crows. They sweep the coins around with their beaks, looking for food. When a coin accidentally drops into the slot, it dispenses a peanut. Next, Joshua took away the coins. The crows learned to find coins elsewhere and deposit them.

We're still looking for the vid.